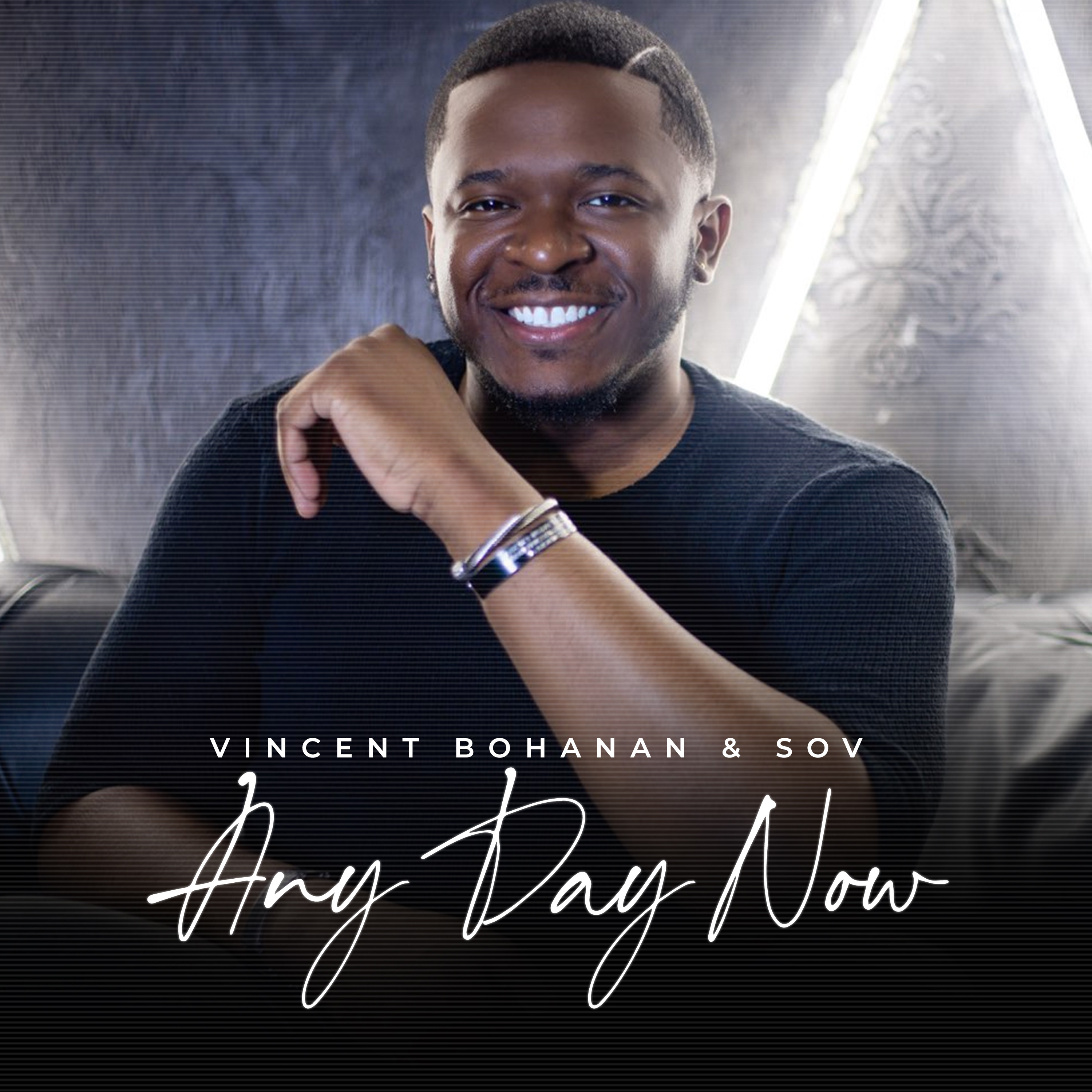 Hezekiah Walker says that Vincent Bohanan & SOV embodies the strength and vitality of the millennial Gospel choir sound. If this week’s sales of the ensemble’s new single “Any Day Now” are an indicator – Walker is right.

“Any Day Now,” the first single released by Vincent Bohanan & SOV since they signed to Walker’s HezHouse Records, reached #2 on Billboard’s Digital Singles Chart this week – and is destined to be a top player in the coming months. Today, HezHouse released a beautiful lyric video for the single.

With meticulously soaring harmonies, “Any Day Now” showcases the irreplaceable majestic sound of choirs, matched with an unmistakably exhilarating Brooklyn style. The song is also part of Vincent’s personal testimony: “I was at a point in my life when I was waiting for so many things to happen. Waiting for healings, waiting on anything I prayed for. This song came in my ear, especially the main part – ‘but I know he’ll be right on time.’”

“Any Day Now” is the first single off of Bohanan’s upcoming release Live in Chicago that was recorded in the Windy City’s historic Greater Harvest Baptist Church.

“I’m so excited about this single, the upcoming album and working with Vincent overall,” says Walker, who is not only the founder of HezHouse Entertainment but a longtime friend of Bohanan’s. “Vincent Bohanan & SOV are one of my personal favorite choirs and I am grateful to be able to position them for the broad success and awareness that they deserve.”

The newest member of the HezHouse executive team is industry veteran Tara Griggs Magee, who recently joined as General Manager. Griggs Magee says that Bohanan has all of the ingredients for success. “Vincent Bohanan & SOV will not only sing a crowd into a frenzy, but Vincent is a pure delight as an artist and a person and has a true passion for music and ministry. They are going to go far and I am thrilled to be part of the journey.”

Hezekiah Walker is a Gospel music pioneer, and the traditional sound and energetic style of his Love Fellowship Choir has influenced a generation of great singers and ensembles. He is also senior pastor of Love Fellowship Tabernacle, with locations in Brooklyn, New York and Bensalem, PA. He is also Presiding Bishop of the Pentecostal Churches of Jesus Christ where he oversees 28 churches in the U.S. and South Africa. The Brooklyn native is a dedicated New Yorker and a seminal fixture in his home borough. He will break ground soon on HezHouse Apartments, an affordable and supportive housing development by Hezekiah Walker & Love Fellowship Tabernacle, Brooklyn Community Housing & Services, and Alembic Community Development. Walker is also host of the The Hezekiah Walker Gospel Countdown and the Hezekiah Walker Afternoon Praise Show syndicated by AURN.