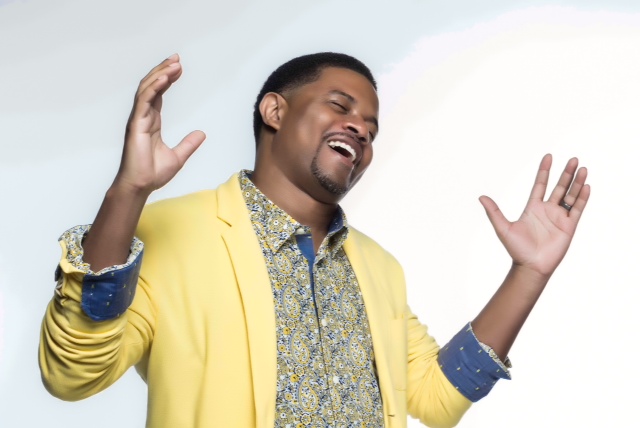 ‘No Judgment’ is an eclectic mix of praise, worship and testimonial encouragement. The first single, released in January, was its rhythmic plea to “Be Free” from bondage, depression, hopelessness and pain, that I might add, to date has sold over 10,000 units via digital downloads. With power anthems like ‘Born A Winner’, the intimate-tear jerking ballad, written in memory of his mother, ‘They lied, I still cry’, this 12-track project inspires all.

Randall travelled to a place lyrically that touches the soul and hearts of many who have been plagued with sickness, hurt and emotional distress. In the realistic declaration of ‘Hopeful’, Randall writes, “I know you saved my life for a reason. To prove to the world that you are still a healer, I am a stronger believer. However I am still human.” The ballad puts calm to a sincere feeling of misery.

“This album I was very transparent”, say’s Randall. “I am in a place where I am so disappointed with the leaders of the “church” they continue to have a catch 22 for everything and are not owning their mess.  As a Christian people we are losing by the numbers because of our judgmental spirit.  We have no compassion for one another let alone for anyone who is not a believer.  I always say that your compassion for others shows your passion for Christ.” Randall speaks directly to that judgmental spirit in what some are calling the 2016 Christian version of the late Michael Jackson’s 1989 controversial hit “Leave Me Alone”, The song ‘I Wonder’ states, “It’s like I am on some playground. Being bullied by those who say they love God too. Shepherd lead your sheep and let me!”

In a review by CCM Magazine Randall was said to be “singing like his life depends on it”. The magazines’ contributor, Andy Argyrakis, describes the project as having “smooth delivery, inviting grooves and [Randall with] an all around knack for songwriting.” The albums overall score was an impressive 4/5 stars.

The Lavish Records recording artist Tracy Randall, was diagnosed with acute lymphocytic leukemia (A.L.L.) in 2006 and underwent aggressive rounds of chemo and radiation therapy, his doctors gave up. Given only 6 months to live, he recalls “I began to pray and talk to God not about me but about my family and their survival because I’m the breadwinner,” as he walked past the 42nd Street subway where he usually caught the train and kept walking, talking. “By the time I got to 96th Street this voice said, “You’re going to be okay.” His testimony on YouTube has over 390,000 views. Unfortunately after being in remission for almost seven years, the cancer came back, vigorously, trying to stop his praise and love for Christ.

Randall, the Lake Charles, and LA native grew up on a musical diet of Donny Hathaway and Stevie Wonder. After completing his undergraduate degree from LeMoyne-Owen College in Memphis and went on to obtain both his Ph.D. in International Business and Juris Doctorate from UCLA, Randall was signed to the Isley Brothers’ T-Neck/Island Records label. After Universal/Polygram took over the company in 1999, he left to start Lavish Records, LLC. He released his first gospel CD “Sinners Have Souls Too” in 2007, second album entitled “Troubled Times” which was a Billboard Top 40 Hit and has done a lot of behind the scenes as a manager, music publisher, entertainment attorney and Film/TV executive. In addition, Randall co-wrote four songs on Shaggy’s Grammy Award nominated “Summer in Kingston” CD that reached #1 on Billboard’s Top Reggae Albums chart in 2012.

Order ‘No Judgment’ here or any and all digital outlets, and for more information contact Kimberly Johnson