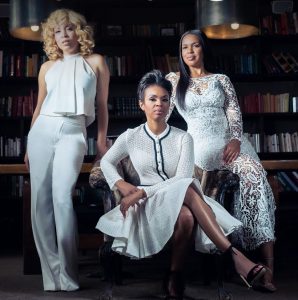 The CD features the Top 20 hit single “You Are,” the upbeat inspirational track “Walk It Out,” the title-track “Fearless” featuring RCA Records Hip Hop recording artist Dee-1 and the breathtaking remake of the #1 hit Pop ballad “More Than Words” written and originally performed by American rock band Extreme and the remake of The Clark Sisters’ “Miracle”.

With nearly 20 years of memorable music to their credit, over 500K in career sales, and high profile national TV appearances including “BET’s Celebration of Gospel,” “BET’s Lift Every Voice,” The Stellar Gospel Music Awards, The GMA Dove Awards, “BET’s Bobby Jones Gospel,” and “News One Now with Roland Martin” (TV One) among more VIRTUE embarked on a journey of sonic excellence that would lead them from humble Southern beginnings in New Orleans to the top of the gospel charts with signature Billboard Top 20 hits like “Follow Me” (#4 peak), “You Are” (#17 peak), and “Greatest Part of Me” (#10 peak) in addition to notable songs “Get Ready,” “Put Your War Clothes On,” “Til’ You Believe,” “Lord, I Lift My Hands,” among more.