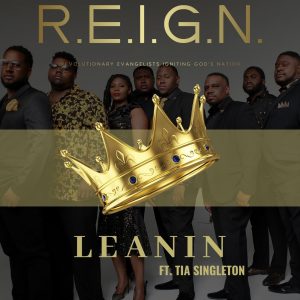 The Gospel music industry is filled with family groups singing songs for praises to the Lord including The Clark Sisters, The Hawkins Family and The Pace Sisters. Another family group has just hit the sacred music scene with a mission to inspire through song. R.E.I.G.N., consisting of a variety of family members including father and son, niece and uncle and a few cousins, is recognized for their tight harmonies, moving songs and spirited performances. Previously known as Remnant, they are remembered for opening up for popular acts such as Lee Williams & The Spiritual QC’s, The Williams Brothers, Harvey Watkins & The Canton Spirituals and Jason Nelson. Now Remnant is R.E.I.G.N., with a new name and a new mission. Flowing in their season of “new”, they also have a new, just-released single called “Leanin’” featuring Tia Singleton. The track is currently available on iTunes, Google Play and Amazon.

Written by R.E.I.G.N.’s songwriter, arranger and keyboard player, Alvin Stansbury, the lead single is based on the famed hymn, “What A Fellowship”. “Leanin’” is contemporary Gospel music at its finest. The mid-tempo track not only will encourage the weary to endure but will inspire the lover of Gospel music to sing along. Even though he penned the track, he admits that the final version is a little different from his initial concept. He says, “When I give them a song, the group makes it their own. They have a flavor that they add to it to make it their own. That’s how the R.E.I.G.N. sound is created”.

Every member of R.E.I.G.N. has a parent that was in a group so it’s not surprising that all of them are skilled singers or musicians. They got their start in the Broadneck Peninsula area of Maryland in 1997, launching from Asbury Broadneck United Methodist Church. Realizing their calling was not just inside the walls of the church but outside, they decided to form Remnant. Known as authentic worshippers, they have been invited to minister at churches, festivals and a variety of programs. As Remnant, they released a six-song EP entitled God’s Promise and gained fans with songs like “Psalm 95”, “He’s Worthy” and the project’s title tune. Garnering airplay in Annapolis, MD and Baltimore, MD, they have a strong following in their local DMV region but now hope to take their message to the masses.

As fans await the release of the full project, slated for 2020, the follow up to “Leanin’” will be hitting the airwaves later this year. For more information about R.E.I.G.N, connect with the ensemble on Facebook, Twitter and Instagram. 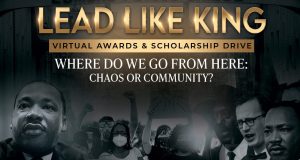