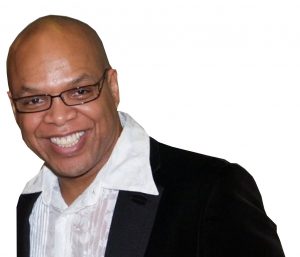 Smith started with Radio-One Philadelphia back in 2007 after transitioning from WGCI in Chicago. On August 12, 2009, Smith was named Inspiration Format Director for all of Radio One, Inc.’s eleven Inspiration stations. He also was the overseer of The Yolanda Adams Morning Show and The James Fortune Show.

It is a known fact within the Gospel Industry that if you wanted your music played on any of the Radio One owned stations, you had to go through Elroy Smith and hope he liked your song! If not, then your song was most likely not getting played

Early today Smith spoke exclusively with RadioFacts.com in which he made the following statement:

“I remember the day that Barry Mayo-former President of Radio One and The VP of Programming, Jay Stevens gave me an opportunity to join the company. Over six years later, I am grateful that I experienced a chapter in my life that I will be remember forever. Thanks so much gentlemen. It has been one of the best experiences of my career. I learned a tremendous amount of knowledge from JAY STEVENS. In addition, I thank ALFRED LIGGINS, CATHY HUGHES, CHRIS WEGMANN, ANDY ROSEN, BRUCE DEMPS, newly appointed PHILADELPHIA GM/VP SHAWNEEN THOMPSON, all of my RADIO ONE/PHILADELPHIA cohorts and those throughout the company. Oh, and I don’t want to forget to thank DAVID CANTOR and GARY BERNSTEIN of REACH MEDIA” for giving me the opportunity to work with the Yolanda Adams Morning Show, CoCobrother and now the James Fortune Show. I am thrilled that Radio One gave me this opportunity. As you can see, I am fond of the company and will cherish every moment. This will go down in the history books of my life as a wonderful journey,” added SMITH. “I am leaving in celebration, feeling victorious and waiting for God’s next blessing in my radio journey. Let me get ready to hug my kids as their bus will be pulling up soon. I am certain that they will be surprised to see daddy home so early (lol). “

Stay connected with uGospel.com as this story develops!