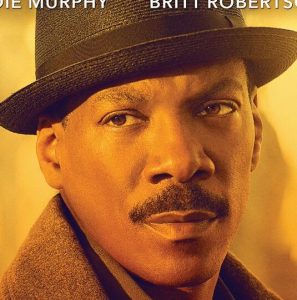 Mr. Church tells the story of a unique friendship that develops when a little girl and her dying mother retain the services of a talented cook – Henry Joseph Church. What begins as a six-month arrangement instead spans fifteen years, and creates a family bond that lasts forever.

The Mr. Church home entertainment release bonus material includes interviews with the cast, a “Food on Film” featurette, and a look at the true story the film is based on. Mr. Church will be available on Blu-ray (plus Digital HD) and DVD (plus Digital).

Lionsgate is a premier next generation global content leader with a diversified presence in motion picture production and distribution, television programming and syndication, home entertainment, international distribution and sales, branded channel platforms, interactive ventures and games, and location-based entertainment.  The Company has nearly 80 television shows on 40 different networks spanning its primetime production, distribution and syndication businesses. These include the ground-breaking hit series Orange is the New Black, the fan favorite series Nashville, the syndication success The Wendy WilliamsShow, the hit drama series The Royals, the Golden Globe-nominated dramedy Casual and the breakout success Greenleaf.

Lionsgate’s home entertainment business is an industry leader in box office-to-DVD and box office-to-VOD revenue conversion rates. Lionsgate handles a prestigious and prolific library of approximately 16,000 motion picture and television titles that is an important source of recurring revenue and serves as a foundation for the growth of the Company’s core businesses. The Lionsgate and Summit brands remain synonymous with original, daring, quality entertainment in markets around the world. www.lionsgate.com