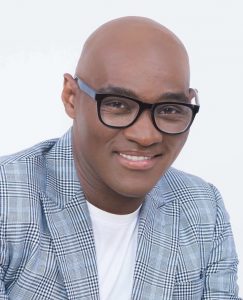 As BET tapes the inaugural season of its Sunday morning show Joyful Noise, it was just announced that Gospel powerhouse Earnest Pugh will join the star-studded lineup. Pugh is confirmed to tape the show this Sunday, August 7th, at 6pm.

Pugh will perform his “Medley of Life”, which combines four of the singer’s biggest hits: “Rain On Us” and “I Need Your Glory”, both which were #1 songs, along with “The Great I Am” and “Perfect Peace.”  “I am excited to share ‘Medley of Life’ with Joyful Noise viewers. The medley is comprised of the top four songs that are always requested of me no matter where I go. In fact, I did a social media inquiry and asked fans what four songs would they want to hear in a medley, and these were the four that received the most votes,” says Pugh.

“Medley of Life” is featured on Earnest Pugh’s most recent album, Hidden Treasures, which was released in December, 2015, on his P-Man Label distributed through Central South Distribution.  Hidden Treasures is Pugh’s 8th album released to date and the third that he also executive produced. Along with Pugh, the Hidden Treasures features extraordinary Gospel music talent including Nikki Ross, Beverly Crawford, Lisa Knowles, Richard Smallwood and Vanessa Bell Armstrong.

The airdate for the Joyful Noise episode featuring Earnest Pugh will be announced soon.

Earnest Pugh is a dynamic musical force of unparalleled proportion. As a powerhouse vocalist, songwriter, producer, leading industry executive, successful record label owner and philanthropist, Pugh has demonstrated remarkable gifts and unequivocally earned the title of Gospel’s Leading Man. His approach to music is legendary, and his ability to seemingly effortlessly navigate a five-octave range and convey lyrical content continues to capture audiences worldwide. Earnest Pugh has released eight albums throughout his recording career, three that he executive produced. He has had three Billboard Top-5 album debuts and more than 10 Top-30 radio singles, including “I Need Your Glory,” the #1 radio hit that dominated Billboard’s Hot Gospel Songs chart for nine consecutive weeks in the summer of 2011

Earnest Pugh was raised in Memphis, TN and spent more than 12 years in Washington, D.C. where he was Worship Leader at Ebenezer AME church. He currently resides in Houston, Texas. Pugh recently founded a Non-Profit Organization called Veterans Emergency Relief (VER) that addresses the immediate needs of veterans. “I spent over 15 years in the military. Ironically, one of my last assignments was that of an Army Relief Counselor addressing privation issues associated with active duty and retired military. As I approach 50 years of life I think my purpose in life is to now make as great of an impact off stage and in communities as I do on stage.” All proceeds from the sale of Hidden Treasures at live concerts go to VER.