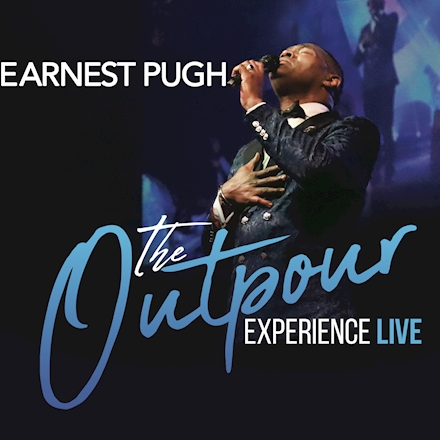 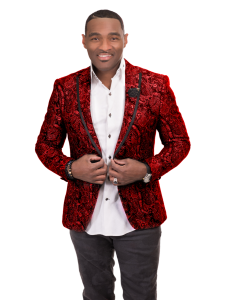 The dynamic duo is back together again. Gospel star, Earnest Pugh, has reunited with Blacksmoke Music Worldwide CEO, Kerry Douglas, on the soul-stirring Billboard Top Ten Gospel Airplay chart radio smash, “God Wants to Heal You.” Over a decade ago, they created a string of hits together such as “For My Good,” “Every Promise” and the No. 1 smashes “Rain on Us” and “I Need Your Glory.”  Pugh’s five-octave vocal range and Douglas’ guerilla marketing tactics made them an unbeatable team. After years apart, they have picked up where they left off to release Pugh’s tenth album, “The Outpour Experience Live” (Blacksmoke Music Worldwide), which is now available everywhere music is consumed. Listen link: https://lnkfi.re/TheOutpourExperience

The fourteen-track album was produced by Keith Williams, Michael Bereal and Marque Walker. It opens with the ballad “Your Glory” which begins as a Jazzy conversation with God and morphs into a majestic worship anthem that shows off Pugh’s 5-octave range on the climax. However, it’s not all balladry. There are up-tempo singalong tracks such as “Thank You So Much,” “The Grace Dance,” “Grateful,” and the Go-Go rhythm, “Awesome God.” It closes with the current, soul-stirring Top ten single, “God Wants to Heal You.”

“I think `Outpour’ will be my last full album,” Pugh says. “In the future, I think I’ll concentrate on singles and tracks because that’s where the industry is right now. In addition, I want to broaden my horizons beyond merely singing. I want to expand my philanthropic endeavors to do more charity because the needs are so great right now. I also want to finally finish my doctorate in theology at the Dallas Theological Seminary so that I can become a professor at a university. It’s also my aim to begin to get film and television placements for my music.”

The film and television placements have already begun. Under the guidance of Pugh’s manager, Vanzil Burke (of Burke Management), he’s already bagged a couple of big looks. His 2009 recording “Praise Break `The Sundoe’” has been featured in CBS’ “The Neighborhood” sitcom which stars Cedric the Entertainer. His 2017 hit “Trade It All” was recently featured in the BETHer movie premiere of director Coke Daniel’s film, “His, Hers and The Truth,” which stars Brad James and Ashley A. Williams.

“After the movie made such a major impression at the Black Film Festival in Miami last year, the producers called and asked me for a song that would go with a certain scene in the movie,” Pugh recalls. “Because my repertoire is mostly gospel music, I felt that the only song I had that would be fitting and proper would be my remake of Joe Cocker’s `You Are So Beautiful.’ They never replied to my email when I sent that song but instead, they called and said they were going through my body of work and found `Trade It All.’ I called CEO of Blacksmoke Music, Mr. Kerry Douglas and he said by all means we should give clearance for the song to be on the soundtrack and the rest is history.” With the release of “Outpour,” we think Pugh has more history to make.