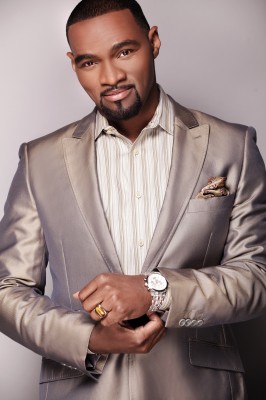 Gospel music’s leading man, Earnest Pugh, is coming home to his native Memphis to headline the “Gospel Superfest” TV taping taking place Friday, March 23, 2012 @ 7:00 p.m. at the Temple of Deliverance (COGIC). Over the last four years, Pugh has become one of the biggest names in gospel music with his chart-topping hits such as “Rain On Us” and “I Need Your Glory.” Other recent chart hits include “Perfect Peace,” “The Great I Am” and the new radio single, “Tailor Made Praise.”

The Allstate Gospel Superfest is one of the nation’s most-watched gospel franchises. Founded in 1998, the show has maintained a consistent presence in broadcast syndication for thirteen consecutive years, releasing five one-hour specials a year and multiple one-hour and ½ hour episodes.  The show is currently carried on multiple TV networks including The Trinity Broadcasting Network, GMC and the Bounce TV Network.

Actress Vivica A. Fox will host the program that also will feature performances from Tyrese, Ricky Dillard & New G. Regina Belle, Stephen Hurd, Damita Haddon and David & Tamela Mann, among others. Log on at www.gospelsuperfest.com for more information.

A Memphis native, Pugh released his first solo CD in 2006 and showed off his five-octave vocals on the radio hit “Wrapped Up, Tied Up, Tangled Up.” After years of making respectable forays into gospel, Pugh finally hit it big in 2009 with his #1 smash “Rain On Us.” His latest CD, Earnestly Yours, debuted at #1 on Billboard’s Top Gospel Albums chart in 2011 and delivered the smash hit, “I Need Your Glory.” Visit www.earnestpugh.com for more information on this exciting artist.