Early Gospel Music Restored and Headed to the Smithsonian Institution in Washington D.C. 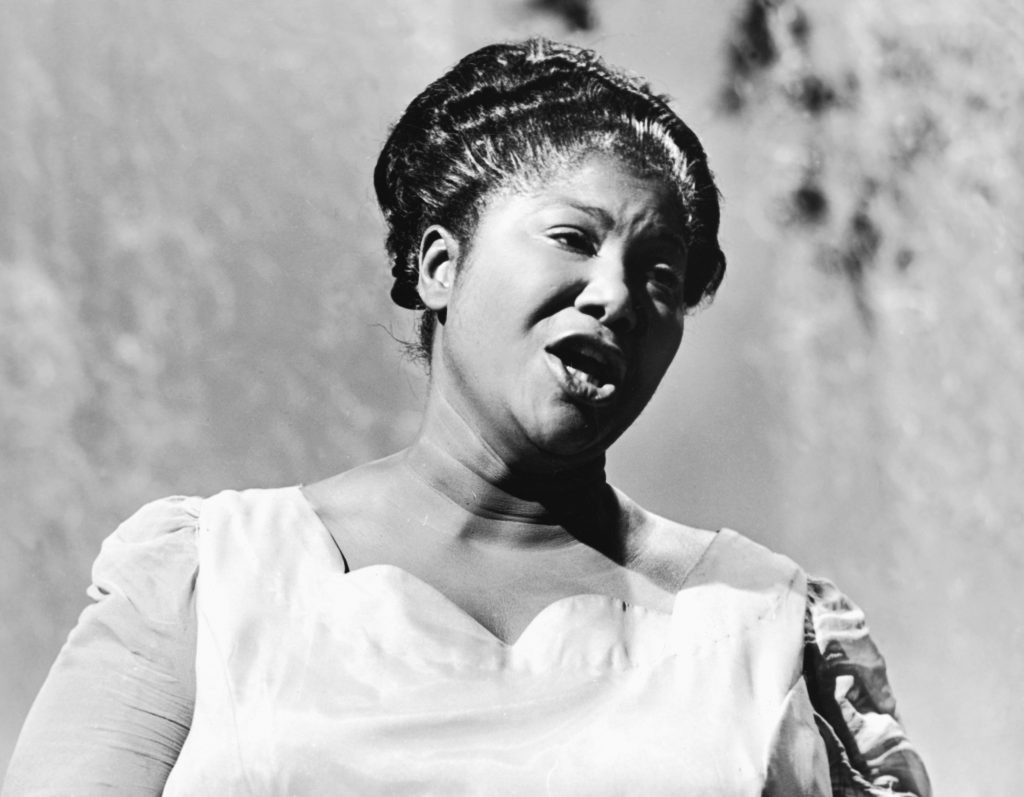 Through Baylor University’s Black Gospel Music Restoration Project a remarkable collection of music that’s been housed in Texas is poised to add flavor to a new museum of the Smithsonian Institution in Washington, D.C. [Pictured Above: Mahalia Jackson]

Today, Bob Darden is a college professor in Waco, Texas. But in 1960, he was a small child whose father had just brought home the family’s first three LP phonograph records. Two of them, he didn’t care about. “The third was Mahalia Jackson’s Christmas album,” he said. “And my parents say that at about age six or so, that I played Mahalia’s album over and over.”Darden’s fascination lasted throughout his life. He eventually became gospel music editor for Billboard magazine. Then in 2005, Darden – frustrated that it was getting harder to find this music that he loved — wrote a letter to The New York Times complaining that black gospel was disappearing. A man named Charles Royce read the letter “and called that day and said, ‘Tell me what we need to do and I’ll help fund it.’” Royce’s gift was used to create the Black Gospel Music Restoration Project at Baylor University, where Darden was teaching.

As of today, Darden says, “We have 8,000-plus individual sides digitized and catalogued and more coming in every day.” That’s 8,000 mostly 45 RPM gospel records – the little ones that held one song per side – from the 1940s to 1970s. In 2011, the collection came to the attention of former first lady Laura Bush, who has a home in Waco and is on the cultural council of the Smithsonian Institution’s new museum of African-American History and Culture. “They let us know of this wonderful project that was going at Baylor, in Texas and then a team of people came up here to D.C. to show us what they’ve accomplished and we were all very impressed,” said Dwandalyn Reece, the museum’s curator of Music and Performing Arts.

The fact that these are 45 rpm records turned out to be very important in an unexpected way. 45s always had a side called the “hit” side, with a popular song and then the “flip” side, which fewer people listened to. The flip side, Darden says, was “usually where the artist does their own personal song.” When it comes to the U.S. civil rights era, Darden says, that makes these records important artifacts, because so many of the flip sides were civil rights songs that are completely unknown. Even for an historian of music like Dwandalyn Reece, this was a revelation. “You think people are just talking about religion, and the other side they have a message embedded in that as well,” she said. “The whole idea of having, like a Civil Rights Movement message in a gospel song – it was – just blew my mind.” African-American gospel music, Darden likes to remind people, is the foundational music for most American music from the 20th century. “Every rock n’ roll African-American artist, every rap, every soul artist came out of the church and sang these songs,” he said.

Now the highlights of this remarkable collection are on their way to Washington, D.C. Putting this music in the Smithsonian, Reece says, “gives a forum for more people to hear this music and have access to it.” It’s an important gift to the United States and to the world, she says. And more than that, “I see this as an untold story that hasn’t gotten its due yet.” The Smithsonian National Museum of African-American History and Culture – including the best of the Royce-Darden Collection – is scheduled to open in 2015.