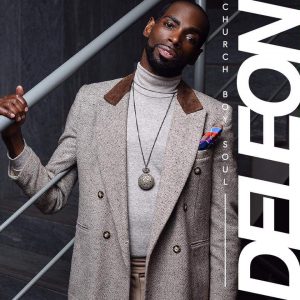 At 10 years old raised in Atlanta, De’Leon immediately fell in love with choir music after seeing Ricky Dillard, Hezekiah Walker, and the late O’Landa Draper perform at his church. Carr knew immediately that he wanted to sing in the choir. Growing up in Atlanta, De’Leon sang in the youth choir and the 100 voice adult choir at his church and by the age of 13 he was directing and teaching choir music.

After graduating high school, De’Leon went on to pursue an education at the prestigious Morehouse College in Atlanta, GA. While at Morehouse, De’Leon formed a group of young adults called Sound Ministry, which led to being approached by “The Choir-Master” himself, Ricky Dillard, and recruited him to be apart of his legendary, Stellar Award winning, GRAMMY nominated aggregation, New Generation Chorale (New G). Being a Choir Boy at heart, De’Leon was ecstatic and has remained a member of New G. for over 10 years.

De’Leon Carr is also an actor and has starred in principal roles in commercials for Chevrolet featuring T.I and Dale Earnhardt. He’s also made appearance on Tyler Perry’s House of Payne and Meet the Browns. Yet with these tremendous accomplishments, De’Leon is quick to point out that he’s driven by something far greater.

“It’s not just about musical achievements, awards, charts and sales,” says De’Leon. “That’s not my guiding light – It’s about connecting with people and offering them real hope, hope that, ultimately, changes lives. I’m committed to my message and purpose. I’m just so grateful to still have this opportunity.”