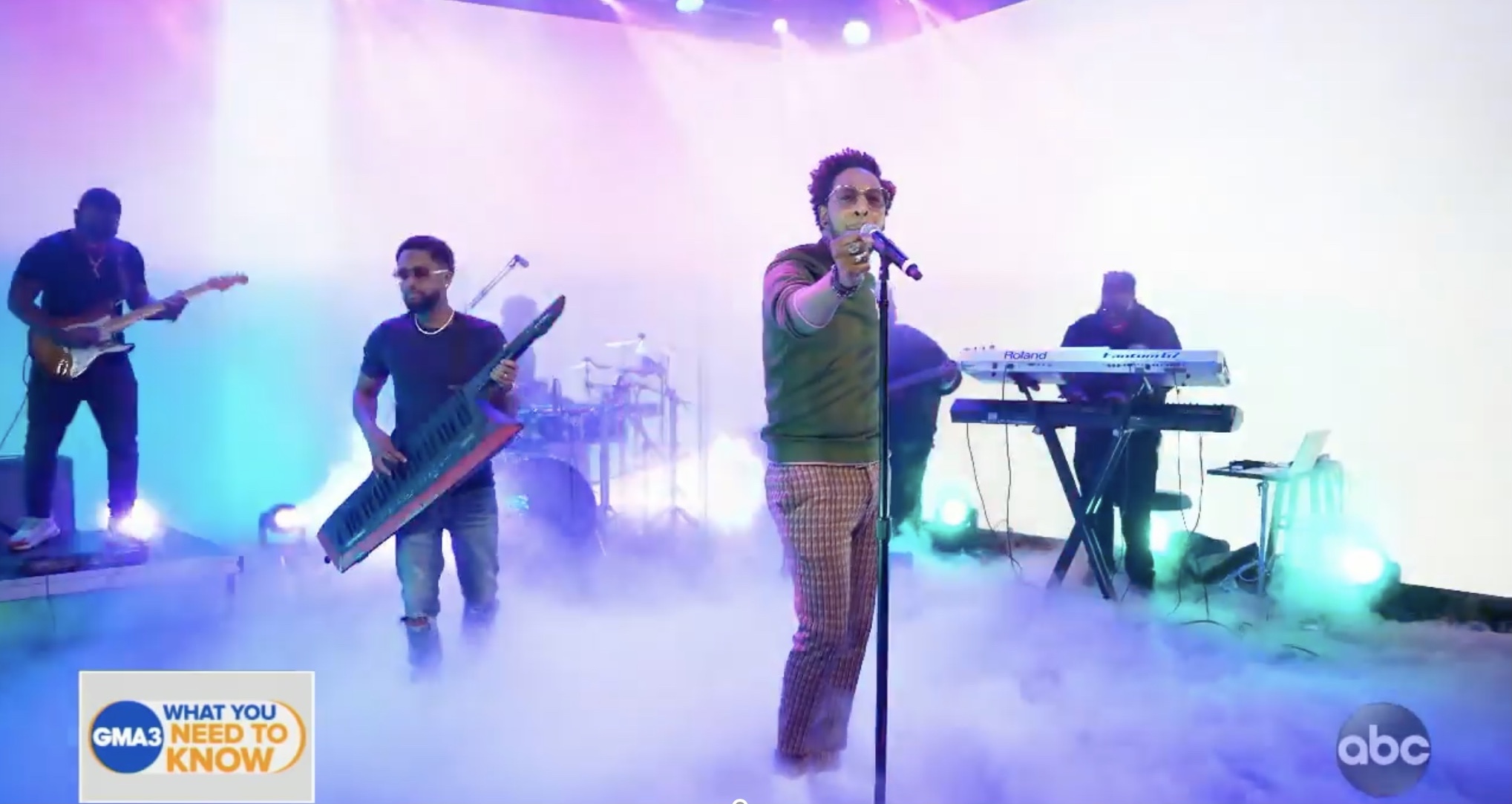 Grammy® Award nominated singer-songwriter, Deitrick Haddon, and Trap music king, Zaytoven, gave an explosive performance of their new collaboration, “Sick World” (Black Own Black Entertainment / Tyscot), on ABC TV’s “GMA3” this week. Backed by a five-piece band – including Zaytoven on keytar – Haddon gave a riveting performance of the rocking track that chronicles the debate over wearing masks and taking vaccines in the age of COVID-19. It’s a deliriously relevant and infectious tune that exudes the hard-bite of Childish Gambino’s “This is America” while offering the optimistic hope that Kendrick Lamar envisions in “Alright.”

“The beautiful thing is that you can’t put Gospel music in a box, and you can’t put Trap music in a box …,” Haddon told GMA3 hosts TJ Holmes and Amy Robach when they asked how the two superstars met up. “He [Zaytoven] has a love for gospel music. I have a love for gospel music and Trap music, believe it or not, and we just brought it together and created something so beautiful that I think everybody’s going to really enjoy it.”

The Detroit native premiered the song during one of Joe Biden’s Inaugural events a few weeks ago and the Warner Bros. Records music staff has started working the song at R&B radio.

Sick World is the first release from Haddon’s new recording label, Black Own Black Entertainment, which is marketed by Tyscot Records and distributed by The Warner Music Group. Over the course of his 25-year career, Haddon has harvested two dozen radio hits that include, ten Billboard Top 10 hits and the no. 1 hits, “Open Door Season” and “A Billion People.” He’s also earned three GRAMMY® Award nominations.