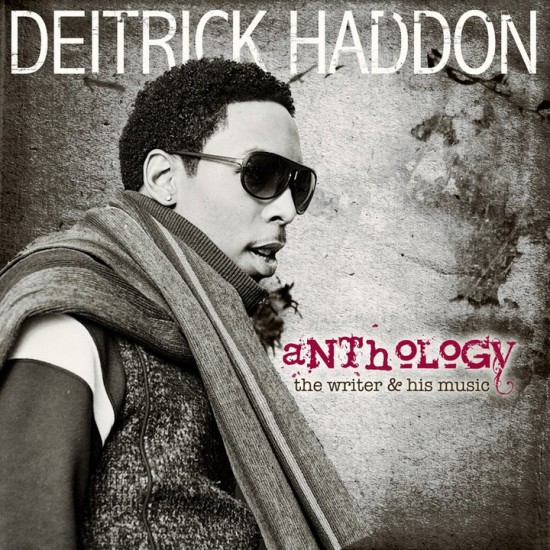 It never hurts to look at an artist today and wonder what their artistry was like in the beginning.  Based on first week sales, longtime Deitrick Haddon fans must have been pondering this same question as his new project, Anthology: The Writer and His Music Deluxe Edition [CD w/DVD] debuts at #7* on the Top Gospel Albums Billboard Chart.

Anthology, the brand new collectible of Haddon’s music, gives listeners the opportunity to hear the distinct sounds, soul-stirring lyrics, signature vocals and incredible arrangements that have made his music ministry so impactful.

Tyscot Music & Entertainment President, Bryant Scott, is thrilled that consumers are so receptive of the new project which features just some of the many tracks that Haddon created during his tenure with label.  According to Scott, this debut charting accomplishes Tyscot’s overall goal for releasing the CD/DVD set: “Our desire with Anthology is to expose Deitrick’s ever-expanding fan base to the genius of his early works.”

Fans will be amazed as they listen to classic hits and hidden gems such as “Anybody Here (Remix),” “Rise & Be Healed,” “Chain Breaker (Jiffy Cornbread Mix)” and much more! Along with audio treats, the bonus DVD contains the hit video “Well Done (Blessed & Cursed Version)” along with the foot stomping, church house rocking video “I Gotta Praise (Holy One)” and more.

Anthology: The Writer & His Music is available at Wal-Mart, Best Buy, Family Christian Stores, iTunes, Amazon.com and all other music retailers.