Damita Kicks Off The “Anticipation” Tour 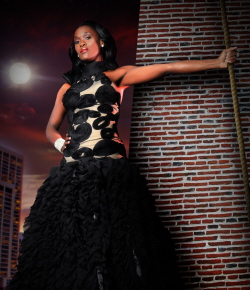 July 24th.  As the release date draws near and excitement continues to build, Damita is set to hit the road for more musical appearances across the country.

When Damita began the production phase of Anticipation, she also expressed her excitement about hitting the road and connecting with fans and supporters.  From Detroit to New York, Ms. Damita has been reaching fans, ministering, performing new music and promoting the release of Anticipation with everything that she has.

On July 8th, Damita will begin the first leg of her promotional tour in Nashville, TN.  Her first stop will be at Jazz and Jokes for the Anticipation Release Party.  Attendees will be treated to an exclusive preview of her new project as well as an exciting live performance.

The ‘Party’ will be hosted by Nashville’s own, Lady Shaunte’ and is sponsored by Tyscot Music & Entertainment, Urban Soul Café and 760 AM Gospel Radio.  Doors open at 4p.m. and the party will begin at 4:30pm.

The excitement will linger on July 9th in the Music City where Damita will co-host the Urban Soul Café Music event at the Opryland Hotel during the GMWA Convention.  The Urban Soul Café event will begin at 10:30pm and will showcase the industry’s new and brightest artists.

Damita’s next stop will be the Midwest in Cleveland, OH for a few TV tapings. On July 12th, she will perform live on WKYC-TV’s show “Good Company” at 10am.  The following day, on July 13th,

Damita’s will head east on July 16th to visit radio and make a few appearances including a performance during for the Gospel Mondaze event at WarmDaddy’s in Philadelphia.  The event will begin at 7pm and fans will be treated to new music and a stellar performance.