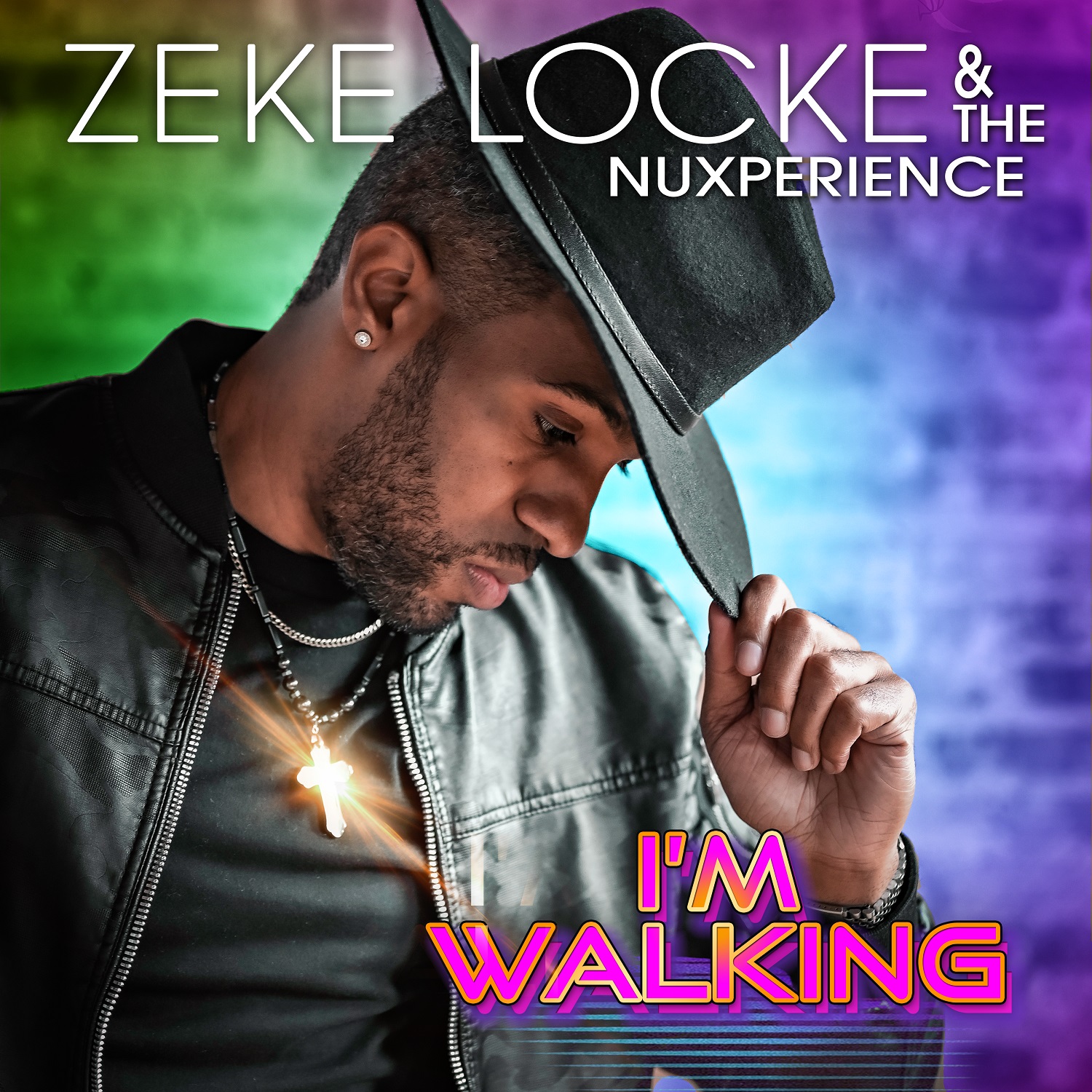 Zeke Locke & NuXperience, is a high-energy act that’s been shaking things up as a support group for gospel greats such as Fred Hammond, and Donald Lawrence since  2019. The Chicago-based outfit has now dropped their debut recording, “I’m Walking” (Tyscot Records), on all major digital platforms. The feel-good track is a fusion of `90s music styles. “It’s really New Jack Swing and some Minneapolis funk,” Locke says. “Those synths that you hear in there? That’s that  Jimmy Jam & Terry Lewis influence.” They will  perform the track on selected stops on the 2022 “Festival of Praise” tour that stars Fred Hammond, Hezekiah Walker, and Israel Houghton.

A native of Kankakee, Illinois, Ezekiel “Zeke” Locke grew up singing in church. However, after graduating from Olivet Nazarene College with a business degree, he entered the corporate world at Bunge North America and Nucor Steel. At the age of 29, he accepted a buyout from the latter and focused on his first love: music. “I didn’t know anything about producing music,” Locke recalls. “I bought all this equipment and for 2-3 years, I spent every day locked away learning everything I could by trial and error. In the beginning, I was doing everything. I did R&B. I did Hip-Hop. I did gospel. Music imitates life. I eventually decided that I wanted to tell a different story, the story of gospel itself. I love that blend coming out of R&B and Hip Hop. Why can’t we have that in gospel too?”

After Locke formed his first gospel group, Ezekiel:767, opportunities blossomed. Friends recommended him to direct Kierra Sheard’s BRL (Bold Right Life) choir circa 2013, and  then Deitrick Haddon’s LXW choir in Chicago. After LXW disbanded in 2019, Locke launched The NuXperience. “We did so many things,” he adds. “We went on tour with Fred Hammond. We  performed at an NBA All-Star game and collaborated on Donald Lawrence’s Goshen project.”

The NuXperience earned their name by bringing a progressive sound and style to Chicago’s traditional gospel scene. “I was just playing around with some names but settled on that because the way we performed was so different,” Locke explains. “We would get laughed at  because Chicago is a choir city, but we were coming with a different vibe, and we started marking waves. If you come to see us, you’re going end up on your feet or dancing.  It’s a party on stage, so you should feel like you went to something because when you see us, it’s a new experience.”

Catch Zeke Locke & The NuXperience on selected dates of The Festival of Praise concert tour: