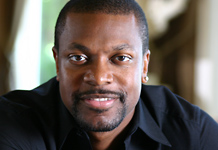 Akintunde interviews Comedian Chris Tucker who talks openly about his faith, and turning down movie roles because of it.

About Akintunde: He has written for comedians Mo’Nique and Chris Tucker, and currently serves as head writer for ‘The Mo’Nique Show’. In 2003, he wasnamed writer for ‘It’s Showtime at the Apollo’ as well

as writer for ‘The BET Awards’, and others shows. “With apperances on TBN, The Gospel Music Channel and others we are so excited to extend his popular brand of Inspirational Comedy to radio,” says Life Radio Network president, Michelle Price. “Not only does he have family appeal, he has a modern edginess that translates to all audiences. He is just plain funny, and we are looking forward to the success of this partnership.”

AKINTUNDE will be featured in the daily LAUGH OF THE DAY, and the weekly AKINTUNDE RADIO SHOW. For audio visit www.akintunde.net