Clear The Heir, from chart topper Christon Gray, out now! 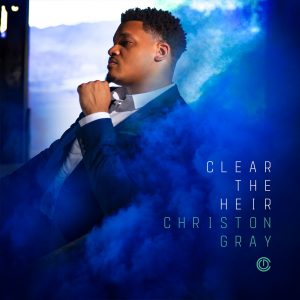 Chart topper Christon Gray has released his latest album Clear The Heir, available now.  The acclaimed rapper, singer, songwriter, and producer has filled his fourth solo album with the ferocity of sparkling wordplay, potent anthems, and personal tales he’s known for, strengthening the bond he’s forged with a wide range of listeners over his past three albums on hit songs such as “Stop Me,” “Open Door,” “Ft. Knox,” and “Connor McDees.”

Featuring the singles “Together Forever,” “Time Out,” and “Grow Up,” Gray bridges hip-hop, soul, R&B, and inspiration on Clear The Heir, taking fans on a journey baring reflections on family, relationships, and trials, discovering deeper meanings to inspire the spirit.  Christon Gray says: “With this album, Clear The Heir, I wanted to give permission for people to feel comfortable in their uncomfortable skin, and I wanted Christians to feel permission to be human again.”

Comprising eleven tracks, with production and songwriting by Gray among others, Clear The Heir also includes Gray teaming up with frequent collaborators such as his brother Taelor Gray, JGivens, Brian Reith, as well as Manchester Orchestra’s Andy Hull and Underoath guitarist Tim McTague.  Clear The Heir continues to showcase Gray’s distinctive musical gifts that are anything but conventional on songs like “Gray,” “By the Way,” “You & I (Samson’s Lament),” “Take Me to the Water,” and more