Christian Artist Switches to R&B; Says Church Is Too Judgmental 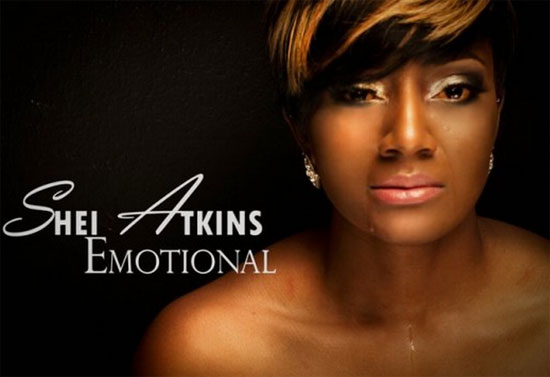 According to The Christian Post, Grammy nominated-artist Shei Atkins announced that she’s ditching the “Gospel” label and instead embracing R&B. And the reason for the move, she said, is because she finds the church to be too judgmental of her music.

“The messed up thing about the Christian community is that there is a religious and judgmental mentality inside of it that holds us back and keeps us from loving people when it comes to music,” Atkins recently wrote in a commentary featured on DaSouth.com.

“I can’t sing about life, love, and relationships under the Gospel title. It’s not because I don’t want to. It’s because of the mentality a lot of Christians have about music.”

Atkins hails from Houston, Texas, and has released three Gospel albums. It’s been three years since her last album and she is now gearing up to release her newest project, entitled Emotional.

The Houston artist had taken time off to pray and “get clarity of my purpose.”

Though she was celebrated in the Gospel community for such songs as “He Can Fix It” and “Lord I Love You,” which garnered much radio play, she also received backlash for songs that weren’t Gospel radio-friendly. One of her controversial songs was “Temptation,” where she describes a woman almost giving in to sexual sin.

Lyrics were not the only thing getting her into trouble with the Christian community. Her music style and personal style also proved to be problematic.

“The thing is that when some people heard R&B on my albums they were like, this is not Gospel and the judgment began,” she wrote. “I had fans who loved me on one side and people condemning me on the other side calling me worldly, pulling me to the side at some of my shows about my hair color, sending in mean letters, etc.”

Her music, she acknowledged, was not “traditional Gospel.” But Atkins explained that she “wasn’t caught up into genres” and her aim was simply to help people through her music. Due to a difficult first year of marriage – one that almost ended her marriage – she wanted to make music that spoke about relationships.

“I make songs to help instill love, honesty, faithfulness and communication back into relationships,” she stated.

Just as her life was not a fairy tale, the artist tried to be transparent and “tell it like it is” in her songs about the pain, struggles and triumphs she experienced. And her songs have impacted teens worldwide, she noted.

“I deal with life, love and relationships. I can’t speak for anyone else, but that’s my call,” she said. “People need what God has put inside of me. Do you know that about 50% of CHRISTIAN marriages end in divorce? But I was judged for singing songs that spoke life into people.

Finding herself limited and judged, she made the decision to exit the Gospel market.

“Shei Atkins is best marketed as an R&B artist,” she said of her decision. “Why? Because doing R&B allows me to make the music God put in me to make and be free without boundaries of what I can and what I can’t talk about.”

Atkins said the switch does not mean she will no longer create Gospel songs or albums. She also stressed that despite her move, she is still on mission for God “to go out into the world and be a godly example.”

“Luke 5:10 says ‘Fear not, from now on you will be ?shing for people.’ And that’s what I am doing; becoming all things to all men that I may by all means save some,” she stated. “If you can’t see and understand my vision, just pray for me. Don’t judge me. My music may not be for you, but know that I am reaching people and that I’m on God’s side.

“You can’t be so busy judging people that you don’t have time to love them. Even if you don’t agree with what a person does, loving them will win them over way before condemning them will. We have to show people Christ by our love.”

Atkins has sung background for Kelly Rowland, who was part of the now disbanded Destiny’s Child, and has worked with the likes of platinum-selling rap artists, Lil Flip, Paul Wall and Chamillionaire, as well as popular artists Mary J. Blige, Mary Mary and Kirk Franklin.