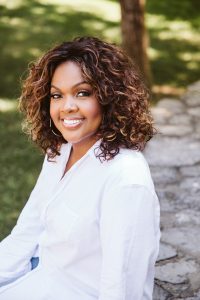 When a great song resonates with listeners there’s no stopping its momentum. The power of CeCe Winans’ single, “Believe For It” has crossed over into the new year with two NAACP Image Awards nods for: Outstanding Gospel/Christian Song and Outstanding Christian Album. The winners will be announced on Saturday, February 26 during the live broadcast that airs on BET at 5:00pm/PST.

On the audio and wireless side, “Believe For It” managed to snag another #1 slot on the Mediabase Gospel Charts and simultaneously landed the #1 spot on the Billboard Gospel Airplay Chart. Winans’ first live recording was a long time coming, but it was worth the wait, because Believe For It continues to enjoy an amazing run at radio as the streaming traction

“I’m convinced more than ever that this was the perfect time for me to release my first live recording. I’m humbled and thrilled to witness the impact ‘Believe For It’ has had on so many lives.

To God Be The Glory!, says Winans.

Winans’ YouTube talk show podcast, GENERATIONS featuring her mother, Delores “Mom” Winans, and daughter, Ashley Phillips as co-hosts, kicked off 2022 with a new episode also titled “Believe For It” with her good friend and mentor Dr. Bridgette Hilliard as a special guest. The first episode of the year has already surpassed the 100K mark with more engaging conversations and topics in the works that will definitely keep viewers coming back.  Plans are underway for Winans to hit the road with a much-anticipated church tour this year,  details will be posted on website and social media pages soon.