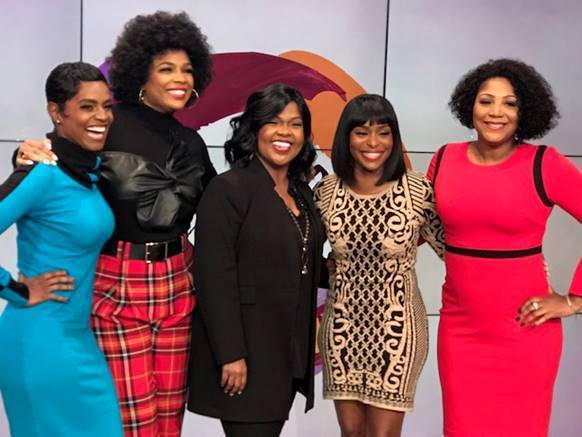 Gospel award-winning singer and pastor, CeCe Winans, recently spent time in Atlanta, GA promoting  her new holiday release, Something’s Happening! A Christmas Album. The day was kicked off with a visit to TV One’s national day-time talk show, Sister Circle.  The hosts welcomed CeCe with open arms and discussed everything from music to the importance of loving yourself and being confident in your calling.

For those who were not able to tune in, the segment can be viewed here:

The next promotion stop will continue in Winans’ hometown of Detroit on Friday, November 16th at the annual locally televised Christmas Tree Lighting for the Motor City.  Winans will perform a few Christmas songs from her holiday treasure trove that was released in October.  The single, “It’s Christmas“ is already in position at radio and fans will start to hear it everywhere as we draw closer to the day we celebrate the birth of Jesus.  CeCe’s church, Nashville Life, has also created a musical production around the song “It’s Christmas” at Nashville Life Church December 7 & 8th.

Once again, Winans teams up with her son Alvin Love III, a Grammy winning producer, to deliver a smorgasbord of festive songs that will have listeners coming back for years to come.  Something’s Happening! A Christmas Album will no doubt be added to consumer’s holiday stash of favorites.  Alvin penned five new songs for this spirit-filled Christmas album, incorporating five classic tunes with a distinctive musical twist.  He went the extra mile and invited the Zagreb Philharmonic Orchestra conducted by Tim Akers and recorded at Vatroslav Lisinski Concert Hall in Zagreb, Croatia