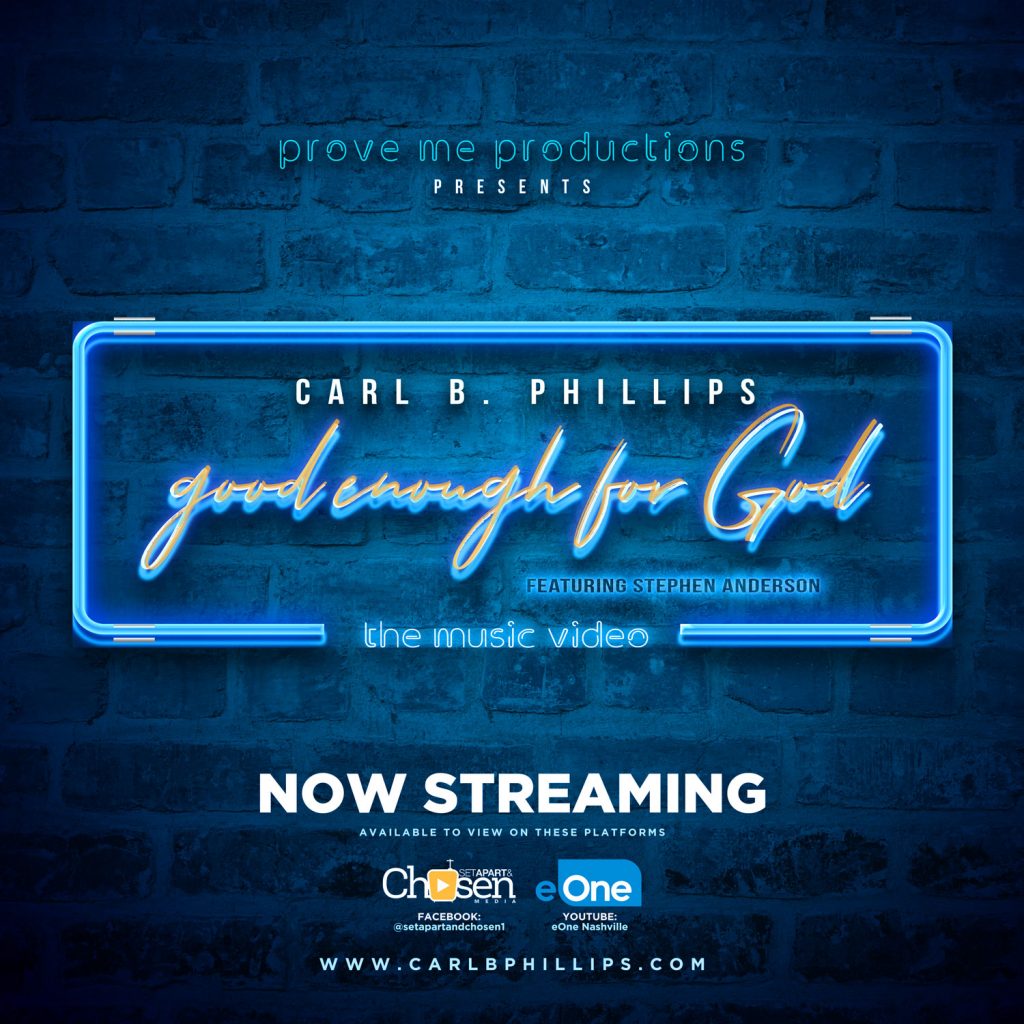 Carl B. Phillips, international Gospel recording artist, will be premiering the music video for the full version of his latest release “Good Enough For God” on Thursday June 10, 2021. The video will debut on the Set Apart and Chosen Facebook Page and the Entertainment One Nashville YouTube Channel.

For the video Carl stated, “I wanted to capture the frustration, hurt, broken heartiness, and mistakes faced on life’s journey. I also wanted to show God still loves you, in spite of what happened yesterday, you are still “Good Enough For God”

Directed by Michael Williams (Kierra Sheard, The Clark Sisters), the new video and single, “Good Enough For God”, features a collaboration with fellow Detroit gospel artist Stephen Anderson. The song was written and produced by Carl, Stephen and Brandon Holland. Since being released in April 2021, the song has over 15k streams and is currently in the Top 125 on the Nielsen BDS Gospel Charts.

Carl B. Phillips is an international gospel-recording artist, songwriter and producer from Detroit, MI. His debut cd “Great Rain”, features the singles “Great Rain”, “I Know What God Did Last Summer”,  “Prove Me” and “Meeting In The Air”. In response to the pandemic and injustices, Carl released a remake and video of Stevie Wonder’s “Heaven Help Us All” in 2020.

Carl’s latest release “Good Enough For God” is the first song under Carl’s two year digital distribution deal with IndieBlu, a part of the Entertainment One Nashville family.

Carl is the co-host with Gregory Pearson, of the YouTube show “In The Studio At Inner Court Live”. ICL is a weekly entertainment show featuring artist interviews, videos, industry news, recording tips and social media tips.

In addition to writing and producing his own material, Carl has written songs recorded by gospel artists Freddie Rene, Esther Smith, and Deitrick Haddon’s Nu Hymnz.