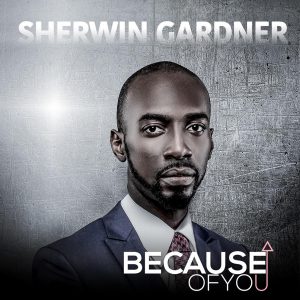 Tyscot Records has partnered with Flow Master Records to introduce Trinidad & Tobago’s leading praise and worship leader, Sherwin Gardner, to the rest of the world.  The 7x Marlin Award (Trinidad’s equivalent to the Stellar Gospel Music Award) winner’s first radio release under the new agreement, “Because of You,” an acoustic-soul chant of divine gratitude, is making great strides at gospel radio.  It debuts at No. 28 on this week’s Billboard Gospel Airplay chart and at No. 29 on the Mediabase Gospel Airplay chart. It anchors Gardner’s forthcoming live album “Greater” (Flow Masters /Tyscot), which is scheduled to release globally on April 21st.

“The praise and worship that I experienced during Sherwin’s live recording session in Antigua was so beautiful, unadulterated, and refreshing,” says Tyscot Records President Bryant S. Scott. “Tyscot is honored by the opportunity to present Sherwin Gardner to the United States and the world.”

Over the last two decades, Gardner has built an extraordinary presence throughout the Caribbean with uplifting and festive reggae, dancehall and soca-styled gospel music. He’s collaborated with Deitrick Haddon, Jonathan Nelson, Todd Dulaney and Papa San. He has fifteen albums to his credit and is known for signature songs such as “I Worship You,” “God’s Design” and “You.”

Interestingly, when Gardner launched his career in 1995, Trinidadian church music was no different from American gospel. “Everything that would come from America was accepted,” he recalls.  “Everything that was reggae, dancehall or soca was considered secular because the artists who sang that music were in the world so when I first made gospel music that had a Caribbean flavor in it, I was criticized because the churches were just listening to the beat instead of to the lyrics.”

A charismatic performer, Gardner has been courted by mainstream record labels since the start of his ministry but he has always rejected the offers. “Nicki Minaj is from Trinidad,” he says in explaining the appeal of Caribbean artists. “Rihanna is from Barbados. If I were doing secular music, I’d already be signed because I turned down contracts before but I want people to see that God can do exceedingly and abundantly above what you can think if you stay planted in Him. I didn’t have to go to the world. I didn’t have to do anything secular to catapult my career and then comeback to gospel. I stayed within the kingdom. I was faithful to God from a little boy up to this time now.”