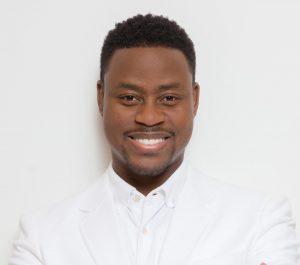 The shepherd for the 8,000-member Fellowship Chicago, Jenkins burst onto the national stage when his global worship anthem “Awesome” topped Billboard Magazine’s Hot Gospel Songs chart for 22 weeks in 2012.  His foot-stomper “War” spent five weeks at No. 1 on Billboard’s Gospel Airplay chart and was cited by the magazine as the most played gospel song of 2015. Jenkins currently has a Top Ten hit with “Winning” and his tune “Christmas Music” just made its Hot Gospel Songs chart debut at No. 21.

Bounce TV (@BounceTV) airs on the broadcast signals of local television stations and corresponding cable carriage and features a programming mix of original and off-network series, theatrical motion pictures, specials, live sports and more.  Bounce TV has grown to be available in more than 94 million homes across the United States and 93% of all African American television homes, including all of the top AA television markets.  Among the founders of Bounce TV are iconic American figures Ambassador Young and Martin Luther King, III.