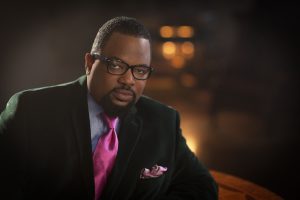 In speaking of his 14th CD, “Azusa The Next Generation,” Walker is philosophically pondering the past generations of believers who influenced his life – like the late Bishop Kenneth Moales (to whom the CD is dedicated) – while also imparting the wisdom of those elders to the next Azusa generation through his music and mentoring.

Walker recruited a diverse group of Gospel artists such as Deitrick Haddon; Donnie McClurkin; Brian Courtney Wilson, and John P. Kee to help create this universal sound. “These guys bring an element that is relevant but they also bring something to the table from each of their unique foundations,” Walker adds.

Walker formed the Love Fellowship Crusade Choir with a dozen members circa 1985 and taught them the song. They recorded the “I’ll Make It” LP live and it rose to #12 on Billboard’s Top Gospel Albums chart when Sweet Rain Records released it in 1988. The song was a huge hit that established the choir and led to a recording contract with Benson Records (later folded into The Verity Music Group now known as RCA Inspiration).

Walker’s emphasis on simple, catchy songs has helped him and the choir remain consistent hit makers ever since. The fan favorites have continued to flow, and they include “Lift Him Up;” “God Favored Me;” “Power Belongs To God;” “Jesus is My Help,” and “Let’s Dance” among others. Walker sees no reason for the trend to end now and sees the Azusa stage as an opportunity to expand his musical ministry.