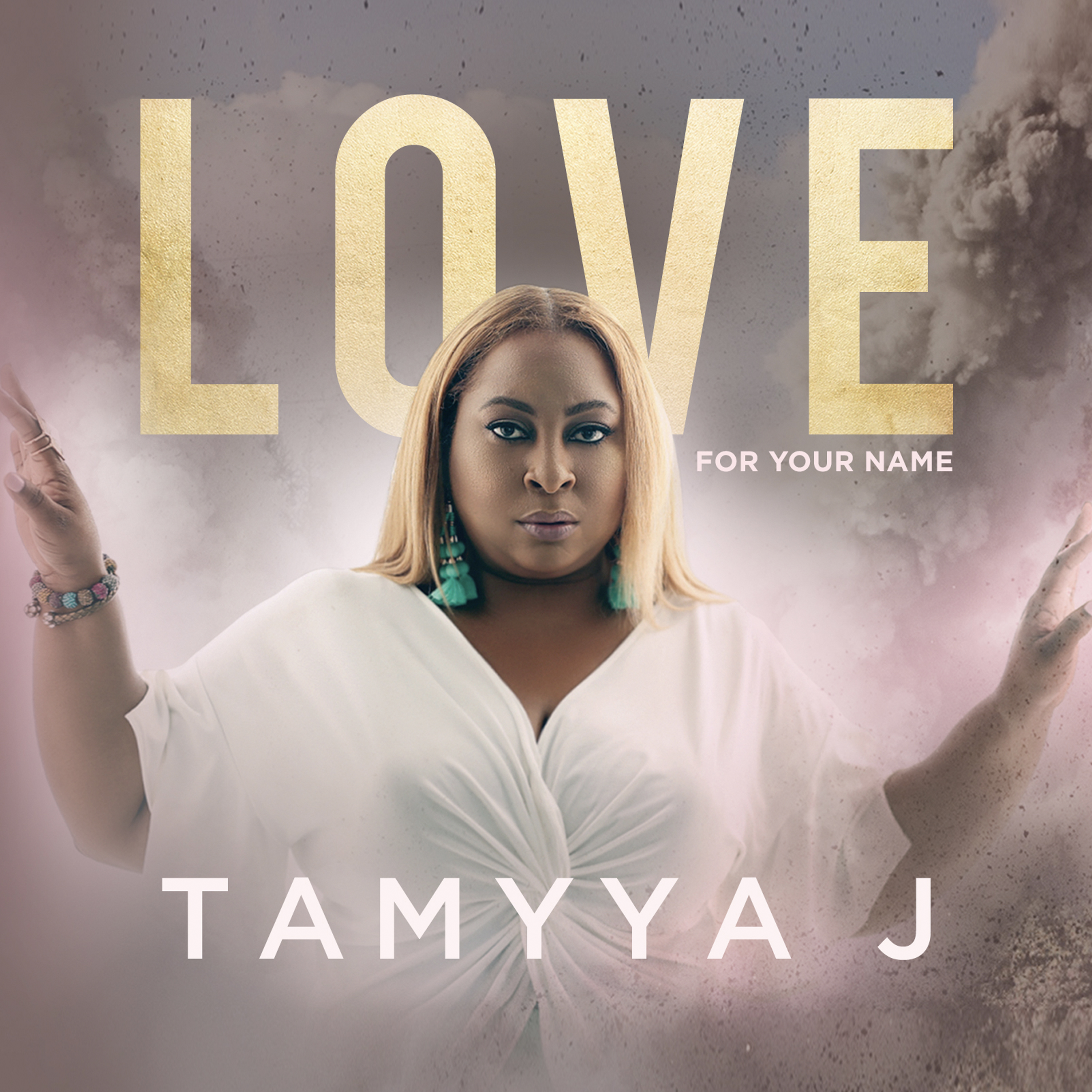 TaMyya J is ready to release to the world what she’s been working on. After singing background around the globe for Gospel Artist such as; Grammy/Dove/Stellar Award-Winning Duo Mary Mary, along with Donnie McClurkin, John Gray and countless others she is ready to release her sophomore project “Love For Your Name”.

TaMyya J has teamed up with some of the nation’s top Writers and Producers to deliver a stellar project. The Title cut “Love For Your Name” is produced by Grammy nominated writer and producer Izzy “Imani” Pressley. Grammy winning Writer and Producer Carvin Haggins (Champion), Multi-Grammy/Dove/Stellar Award Winning Producer Fred “Uncle Freddie” Jerkins and his team at DarkChild Gospel lend their writing and production skills to the project as well. Also “Music Director to the stars”,  Grammy/Dove and Image Award Winner, and Emmy Nominee Adam Blackstone (BBE) puts his production stamp to the project. TaMyya J also put her pen to the paper for many of the tracks on the project, along with writers and producers; Damon D. Stewart, Floyd Thomas, D. Corey Shipley & Michael M. Smith. “Love For Your Name” will take you for a spiritual joy ride all while lifting up the name of Jesus. The Lord continues to bless TaMyya J as she reached national Billboard charting success for her hit radio singles; “Champion” reaching #15 on the Billboard Top Singles Sales Chart, “God’s Got My Back” (#GGMB)  reached Top #30 on Billboard National Radio-Airplay, and the current single “Laying Them Down”.  TaMyya J says: “I am grateful to God for the favor he has placed on my life.”

TaMyya J began her professional singing career as a teen, winning 1st Place Youth Division of the McDonald’s Gospelfest along with four friends named “Praise”. TaMyya J is a wife and mother, and she hosts a weekly radio show called “Never Missed a Beat” which airs on 2 stations: WEHA, Wednesdays 6pm-8pm & Saturdays 9pm-11pm; Power of Worship Wednesdays 5pm-6pm & Saturday 4pm-5pm. She is the recipient of the 2017 Excellence in Christian Music Awards for Best New Female Artist, and Winner of the 2018 Best New Female Artist of the Kingdom Image Awards. TaMyya J is also nominated in six categories for the 2019 Rhythm of Gospel Awards. TaMyya J loves the Lord and serves on the praise team at her home church Calvary Revival Church of Norfolk, Virginia where Bishop B. Courtney McBath is the Pastor.

A Celebration takes place as Women On The Move presents TaMyya J  in an Listening Party and Appearance on Friday, November 16th at Calvary Revival Church  located at 5833 Poplar Hall Drive, Norfolk, Virginia. This Event is FREE and open-to-the-public, CD signing allowing guests to meet TaMyya J in-person, and receive an autographed copy of  the “LOVE FOR YOUR NAME” CD. The event starts at 7:30 pm.