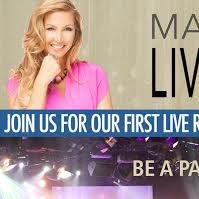 Drawing generations of listeners together in ministry, Munizzi’s live recording will feature her signature musical style that have made her one of the most eclectic and compelling praise and worship leaders in contemporary gospel today, earning accolades as the best-selling independent artist in the history of gospel music.  Following on her previous live-recorded hit album Make It Loud and starting the EpicLife Church in Orlando with husband Dan Munizzi earlier this year, her high-energy, bold ministry strikes a wide-reaching purpose of praise in this live recording for her upcoming eOne Worship album to be released later this fall.

On having her children perform with her on this album, Munizzi says, “Music and worship have always been the biggest parts of our ministry. We are now setting the stage to pass the ministry onto our kids and the music ministry is preparing them for what God has in store for them, and to reach this next generation through this record.”