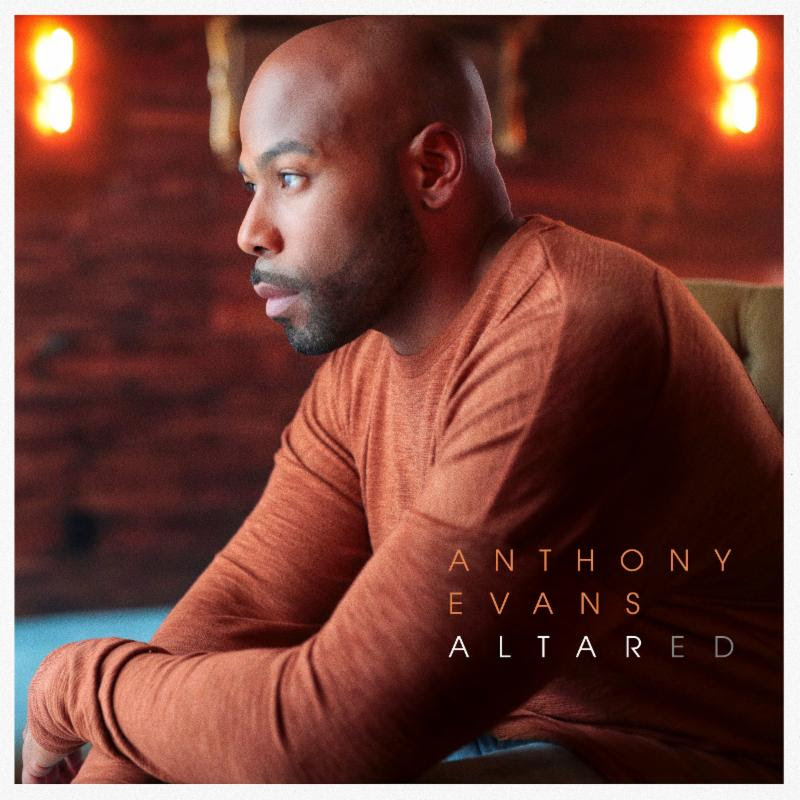 Little did singer/songwriter, actor and worship leader Anthony Evans know when he was in the studio working on his highly-anticipated new album Altared, releasing May 17, 2019 by Sherman James Productions, that the songs he was writing and recording to encourage his fans would come to so profoundly minister peace to him.
Evans’ music has always possessed an unflinching authenticity. In the wake of the recent, sudden passings of his aunt, uncle, and cousin, and the unexpected news about his mother’s health, Evans is leaning on his faith and family more than ever as he taps into the spiritual yearnings to find an inner spiritual and personal peace during this season of his life. While he recorded the new 11-track album that features the NBC The Voice alumnus re-imagining top worship songs and recording heartfelt originals prior to much of the family news, he readily admits the healing power of the lyrics on the new project are especially significant in light of recent events, particularly the debut single, “Fighting For Us.”
“God is on our journey with us daily and He’s fighting for our well-being, no matter if we hear a ‘no,’ ‘yes’ or ‘maybe,’” said Anthony. “He’s literally fighting for you and with you on your journey where you are. It’s not when you get it together, it’s where you are currently. I’ve experienced growth when I realized that, no matter where I am God is with and right next to me on the journey…fighting for me daily. That started to alter the way that I viewed my relationship with the Lord. That’s what this song stated and I wanted that to be the message of this album.”
With his unmatched vocal stylings, Evans delivers a unique and powerful full-length worship album. The heartfelt “Hope is Alive” and new single are coupled with innovative, re-imagined, and ‘altared’ versions of some of the most popular songs in the modern church including, “What A Beautiful Name,” “Great Are You Lord,” and “Who You Say I Am.” Joined by Grammy ® Award-Winning Producer Max Stark, pop producer Bert Elliott and an all-star team of singers and musicians, Evans shapes an innovative project that’s stacked with soulful and gospel influences, R&B and hip hop flavors, periodic programming, uncluttered arrangements, crisp production and an all-around progression.
Evans, via his own production company, Sherman James Productions, is also making his music and ministry more mobile. In tandem with his sister, best-selling author/actress Priscilla Shirer, Evans will set out on the “FerVent 2.0” outing. Each night, faithful expressions from his new album Altared will be joined with messages from Priscilla’s upcoming movie Overcomer. The tour kicks off the first of 16 soon to be sold out cities in Tyler, TX on May 15.
Anthony Evans’ new album Altared will be available through all digital retailers and exclusively via Lifeway Christian Resources. Altared is available now for pre-order.
Altared Track List:
1.     Raise a Hallelujah
2.     Hope Is Alive
3.     So Will I
4.     Fighting For Us
5.     What a Beautiful Name/King of My Heart
6.     Do It Again
7.     Lion and The Lamb
8.     Wynters Song: (Great Are You Lord/Who You Say I Am)
9.     Not Leaving/The Creed
10. Brave/Forever/Oceans
11. Reckless Love
Soundcloud:
FerVent 2.0 Tour:
May 15 – Tyler, TX
May 16 – Houston, TX
May 17 – San Antonio, TX
May 18 – Austin, TX
May 19 – Baton Rouge, LA
May 20 – Jackson, MS
May 21 – Atlanta, GA
May 22 – Huntsville, AL
Sept 7 – Memphis, TN
Sept 8 – Little Rock, AR
Sept 9 – Wichita, KS
Sept 10 – St. Louis, MO
Oct 26 – Knoxville, TN
Oct 27 – Winston Salem, NC
Oct 28 – Ashburn, VA
Oct 29 – Cincinnati, OH
Altared Promotional Tour:
May 26 – Los Angeles, CA
June 2 – Dallas, TX
June 9 – Oxnard, CA
June 16 – San Diego, CA
June 22-24 – Coral Springs, FL
June 30 – Dallas, TX
July 13 – Charlotte, NC
ABOUT ANTHONY EVANS
Singer, Songwriter, Recording Artist and Worship Leader Anthony Evans, was raised with Christian and worship music as the son of world-renowned Pastor, Author, and Teacher, Dr. Tony Evans. Anthony, the Dallas native turned L.A. transplant following his time on the smash NBC series “The Voice,” has recorded six acclaimed studio albums and a Christmas collection, released an acclaimed book, starred in two films, and headlined concert and conference tours all over the world. In addition to Evans’ own recording and acting credits, he recorded vocals for Tori Kelly’s double Grammy® Award Winning album Hiding Place and a Grammy-nominated episode of Black-ish, ghosted in the rap and hip-hop communities, and stepped out onto the revered Hollywood Bowl stage for a co-starring role as The Beast in Disney’s star-studded Beauty And The Beast concert series with Emmy nominee Zooey Deschanel (New Girl) as Belle, plus Tony Award winner Jane Krakowski (30 Rock, Ally McBeal), Golden Globe and Tony winner Kelsey Grammer (Cheers, Frasier), Taye Diggs (Rent, Hedwig And The Angry Inch) and Rebel Wilson (Bridesmaids, Pitch Perfect). His latest album Altared releases on May 17, 2019.
Advertisements 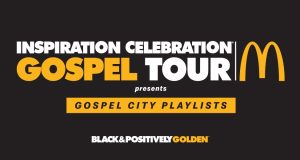 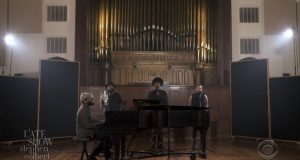