Home / Artists / All-Star Lineup Performed To Sold-Out Audience In A Night Of Inspiration Concert At Carnegie Hall On Saturday, December 15

All-Star Lineup Performed To Sold-Out Audience In A Night Of Inspiration Concert At Carnegie Hall On Saturday, December 15 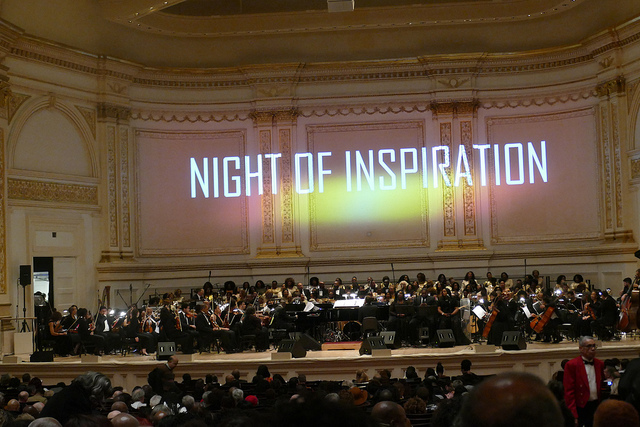 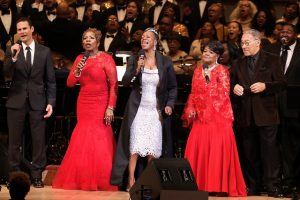 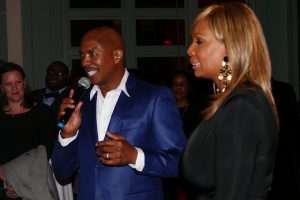 “It was a pleasure and an honor to lead a group of world renown artists on the great stage of Carnegie Hall to perform inspired music, dance and spoken word. Vivian and I are appreciative for the wonderful responses that we’ve received from those in attendance and those that were seeking to attend the sold out concert. Thank you to our supporters and the staff at Carnegie Hall. We look forward to our next Night of Inspiration.” – Ray Chew 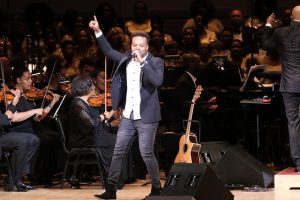 Carnegie Hall’s rewarding collaboration with Ray and Vivian Chew began nearly a decade ago in 2009, when Ray served as Musical Director for two concerts during Carnegie Hall’s festival, Honor!, celebrating the African-American cultural legacy with artists spanning blues, jazz, gospel, R&B, soul, and beyond.  The duo went on to present two A Night of Inspiration productions in 2010 and 2016 to packed audiences featuring a large-scale orchestra joined by high profile artists from the gospel and secular communities. Other notable performances at Carnegie Hall throughout the years include: A Tribute to Motown, paying homage to the distinctive soul sound of the legendary record label’s over 50-year legacy; a one-of-a kind participatory concert featuring gospel music’s biggest stars, Donnie McClurkin and Kim Burrell; The Music of Stevie Wonder, a sing-a-long performance honoring the iconic performer’s beloved songbook featuring R&B stars Leela James and BeBe Winans; and Sounds of Change, featuring a stellar cast of artists performing folk songs and R&B classics that defined a generation, as part of Carnegie Hall’s citywide festival The ‘60s: The Years that Changed America. 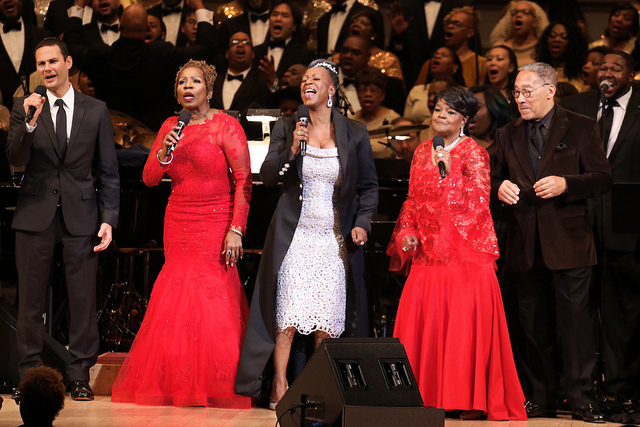 Previously, Ray served as music director for Fox’s American Idol, where he inspired some of the best talent in the competition’s history and produced over 300 contestant iTunes downloads. He has also served as music director for several network television series including It’s Showtime at the Apollo and BET’s Sunday Best. Ray’s long-standing history with the BET Network, heading up the music for their biggest annual events include: BET Honors, Celebration of Gospel, and the BET Awards.

Ray’s music direction is sought after for prestigious music specials and historic landmark events including the 65th Primetime Emmy Awards, the 2015 Grammy Awards Premiere Ceremony, the 2008 Democratic National Convention, The President’s Inaugural Neighborhood Ball, and the 44th Annual NAACP Image Awards. In 2014, with the blessings of Milton DeLugg—who had previously held the seat for 50 years—Ray was handed the baton to musically direct NBC’s broadcast of the Macy’s Thanksgiving Day Parade, an 88-year tradition.

Ray’s work with orchestras as a conductor and a composer has carried him to prestigious venues all over the world. From the Hollywood Bowl in L.A. to the Nobel Peace Prize broadcast in Norway, Ray’s in-demand sound can be found on various television and film scores.

Bank of America is the Proud Season Sponsor of Carnegie Hall