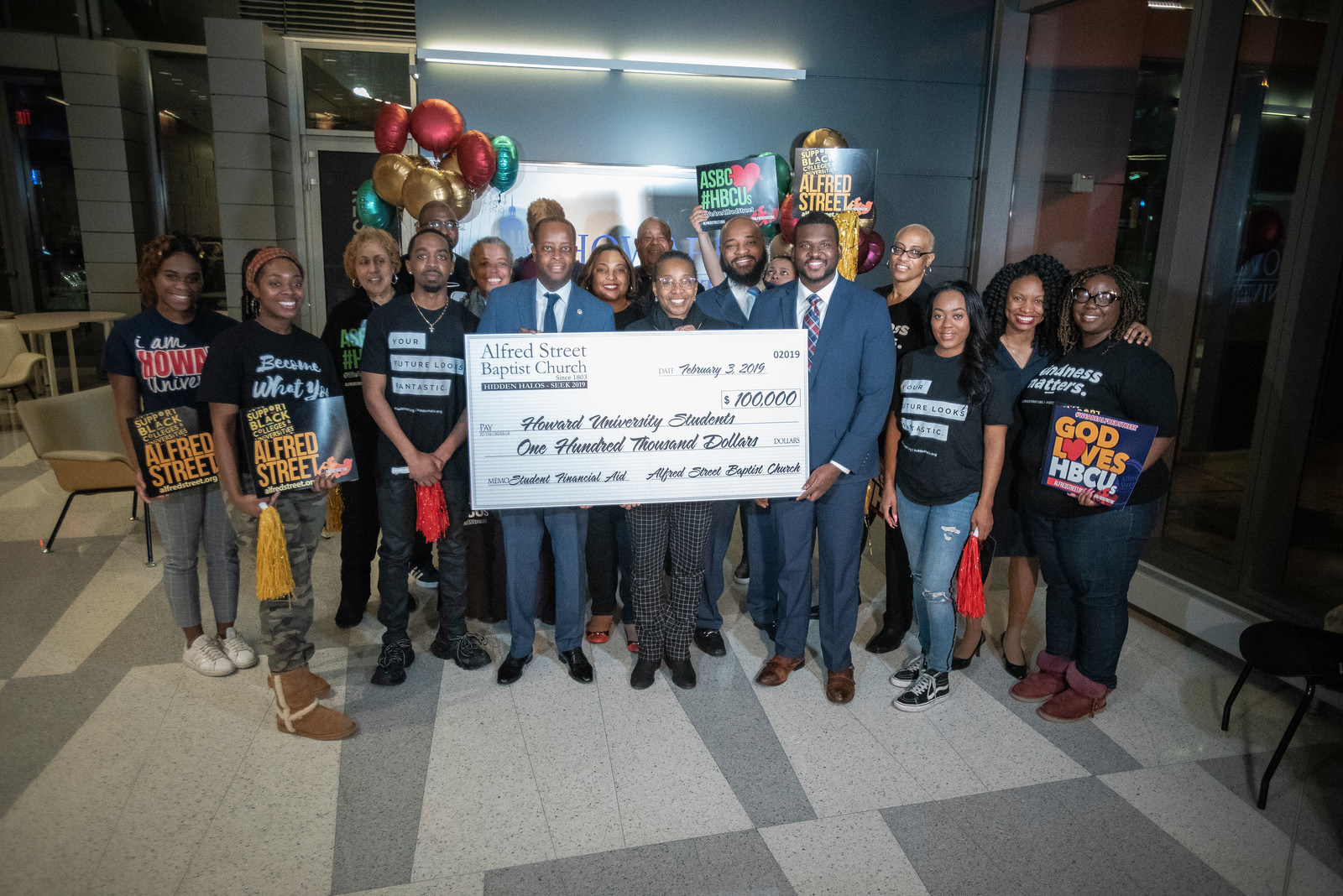 Howard University President Wayne A. I. Frederick accepts a check totaling $100,000 from members of the Alfred Street Baptist Church. The donation will help pay off the balances of 34 graduating seniors.

Rev. Dr. Howard-John Wesley, pastor of Alfred Street Baptist Church (ASBC) in Alexandria, Va., presented Howard University with a $100,000 gift to cover the outstanding tuition and fee balances of 34 graduating seniors. Wesley announced the contribution during a special service at Andrew Rankin Memorial Chapel. Ministers and staff of ASBC joined the Office of Financial Aid to surprise and present unexpecting seniors with the good news earlier in the week.

“The gift of $100,000 from Alfred Street Baptist Church to help our students pay off their financial obligations and make ends meet just before they graduate is truly a blessing,” said President Wayne A. I. Frederick. “Their generosity is a reminder of how one person’s selfless act of kindness can be multiplied and have a profound impact on the lives of others.”

The ASBC congregation raised the funds for the contribution during Seek 2019, a church-wide physical, social media, and financial fast that lasted throughout the month of January.

“About two or three years ago, the Lord gave us a vision for a project called Hidden Halos, which is our realization that whenever you meet strangers, they’re God’s hidden angels,” says Pastor Wesley. “This year, as our fasting ended, we had asked members to make a sacrificial offering that we promised would go out the door of our church. We decided to come to Howard University to find some students who are about to change the world but have some financial concerns, and let them know we’re going to take care of it for them.”

ASBC is a long-time supporter of the HBCU community. The church holds one of the largest free HBCU festivals in the nation annually; which will be held on Saturday, February 23 at the Walter E. Washington Convention Center. Moreover, they make a contribution of $25,000 to a designated HBCU during their annual HBCU Sunday worship services. This special contribution is one that has Howard students like Inestin Dante Petit-Homme feeling blessed beyond measure.

“Pastor Wesley brought me in and told me I’m having my tuition balance covered thanks to the Alfred Street Baptist Church,” says Petit-Homme. “That was one of the main issues for me and my family this year in terms of graduating because it’s been a long road even getting to senior year. I still have some rent to pay as well as the balance, in addition to the expense of graduation. I know we’re all God’s children, but I feel like He’s blessing me a lot right now.” 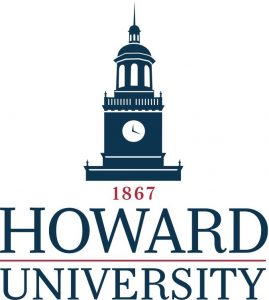 About Howard UniversityFounded in 1867, Howard University is a private, research university that is comprised of 13 schools and colleges. Students pursue studies in more than 120 areas leading to undergraduate, graduate and professional degrees. The University operates with a commitment to Excellence in Truth and Service and has produced four Rhodes Scholars, 11 Truman Scholars, two Marshall Scholars, one Schwarzman Scholar, over 70 Fulbright Scholars and 22 Pickering Fellows. Howard also produces more on-campus African-American Ph.D. recipients than any other university in the United States. For more information on Howard University, visit www.howard.edu.