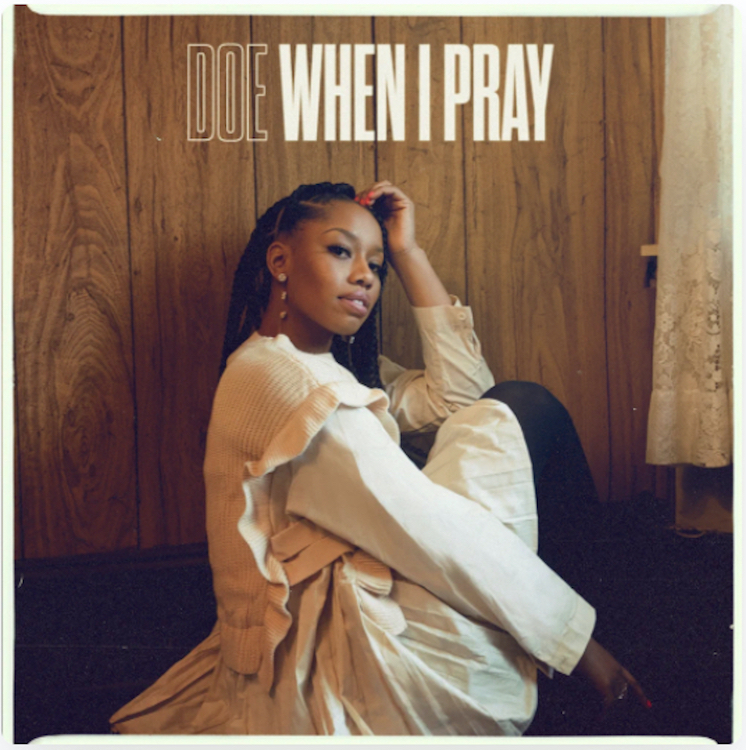 Chart-topping artist DOE releases a brand new single “When I Pray,” available now. Released by Jonathan McReynolds’ Life Room Label in partnership with RCA Inspiration, the three-time GRAMMY® nominated artist/songwriter/producer has written an uplifting ballad on “When I Pray,” the first of more new music to come in 2022.

DOE also released the official music video for “When I Pray,” which had a broadcast premiere airing on the BET Gospel, BET Soul, and BET Her channels, as well as on BET.com. She is performing live in Chicago at the Chicago Bulls’ January 14th evening game vs. the Golden State Warriors, singing the national anthem.

Recently celebrating a #1 hit for her single “Brighter,” which topped Billboard’s Gospel Airplay Chart, DOE continues to deliver inspiration to others, and advocate for self-care and spiritual renewal in the new year, with her latest single “When I Pray.” DOE brings a powerful reminder of God’s love, in finding solace from struggles and connecting through prayer, with her lyrical declaration, “I know I can get through when I pray / You’re never too busy for me / It’s not in Your nature to turn away.”

Offering a place to share fresh outlooks and inspire each other in the new year, DOE also launched a 2022 Virtual Vision Board. Available on her website, anyone can go online to create their vision board, and share their hopes or prayers for clarity in 2022, at: http://doejonesmusic.com/clarity/.

In conjunction with DOE’s new song “When I Pray,” there is a special edition clothing release, available now. The brand Art of Homage (AOH) and The Prayer Movement (TPM) have teamed up with DOE, in a collaborative effort to release a limited edition “Doe Jones Collection,” to celebrate the release of “When I Pray.” Timothy Dixon and Gabriel Moore of AOH say of the collection, “We are excited to drop an exclusive rose-colored crewneck, along with another exclusive piece that features Doe’s song ‘When I Pray.’

DOE first gained worldwide attention as a teenager, performing with her family in the Christian gospel septet Forever Jones, which released three albums and garnered numerous accolades, including two GRAMMY® Award nominations. DOE garnered her third GRAMMY® nomination as a featured artist on Jonathan McReynolds’ hit song “Cycles.” Sharing her musicianship and gift for ministry with audiences around the country, in 2021 DOE recently wrapped touring as the opener on Jonathan McReynolds’ and Mali Music’s “Jonny x Mali” Tour, along with other appearances in 2021 on the McDonald’s Inspiration Celebration Gospel Tour and co-hosting the pre-telecast shows for the 2021 Stellar Awards and Dove Awards.