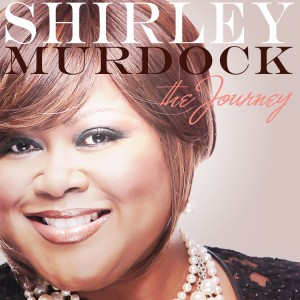 Veteran vocalist Shirley Murdock recently sat down for an interview about her journey through life and music with noted media personality Tavis Smiley on Public Radio International’s “The Tavis Smiley Show.” The Dayton, OH-based singer is best known for her Top 10 `80s era R&B hits “As We Lay,” “Go On Without You,” “Husband” and “In Your Eyes.” However, in recent years, she’s become equally known for her gospel and inspirational tunes such as 2007’s “I Love Me Better Than That.”

Murdock talked with Smiley about her transition from the R&B diva to gospel star and all the twists and turns in between. She also discussed her new, first ever live CD “Live: The Journey” and its companion music DVD.  The interview airs on Public Radio International (PRI) from Friday, October 28th through Friday, November 4th and local stations can be found at this link: www.tavissmileyradio.com/where.html

The dozen-song, seventeen track collection was produced by Grammy Award winner Cedric Thompson (who’s produced Yolanda Adams and Marvin Sapp) and recorded live at The Broadcast Group Complex in Charlotte, NC. R&B diva Kelly Price, balladeer Regina Belle and gospel belter Beverly Crawford each performed a song with Murdock and did one song as a foursome. The “Live: The Journey” (Tyscot Records) CD has debuted at #24* on Billboard’s Top Gospel Albums chart while the “Live: The Journey” (Tyscot Records) music DVD debuted at #40* on Billboard’s Top Music Videos chart where it shares rank alongside projects such as Taylor Swift’s “Journey To Fearless” and the band Journey’s “Live in Manila. ” Associated Press writer  Karen Hawkins wrote that “She [Shirley]  has the kind of strong, soulful voice you can’t get enough of…” in a glowing review of the CD.

“The song is anointed because it’s full of the word,” Murdock says of the inspiring ballad of hope and perseverance. “It’s like the voice of God speaking directly to your spirit, reminding you, that He’s not a man that He should lie…if He spoke it, will He not do it? This song will stir up and rekindle that word, that’s been spoken into your spirit and remind you that your dream can not…will not die.” For more information on Shirley Murdock, log on at www.tyscot.com or http://twitter.com/#!/ShirleyMurdock