Hello Fear is an innovative musical offering that showcases Franklin’s growth and maturation both creatively and personally, while still boasting his creative genius of combining various styles and genres of music into his own unique, definitively gospel sound.   He has teamed again with five of the most sought after vocalists in the music industry—Isaac Carree, Anaysha Figueroa, Nikki Ross, Charmaine Swimpson and Eric Moore—to create the inimitable harmonies for which his music is known. The result is a Kirk Franklin masterpiece. Hello Fear is produced by Franklin and co-produced by Shaun “Harold” Martin and executive produced by Kirk Franklin, Jazzy Jordan, Jessie Hurst and Carla Williams.

“‘I Smile’ is a fun, urban upbeat melody I wrote,” said Franklin. “It is a declarative statement that I’m not going to live my life based on how I feel.  I will live my life based on God’s Word. It is not easy and I acknowledge there are always obstacles, but like a lot of folks, I get tired of being guided by my emotions. When I have a deeper trust in God, I live my life in stability.”

“‘I Am’ is about exchanging all of my weaknesses for God’s strength,” Franklin noted.  This song is also about declaring what God says about me and not my situation.  As we daily transform to God’s image, we no longer identify with who we were, but who we are becoming.”

“I titled this album Hello Fear because—with everything going on in the world—it is the word and the feeling, that paralyzes all of us on some level right now,” said Franklin. “In my own life, fear has been a shadow that has followed me since I was a child.  But the season of running from it is over. I am turning around and speaking directly to it. This album is full of personal and painful work that invites the listener to join me on the journey of letting this familiar ‘friend’ know that his time is over.”

“Over the years, I’ve had the unique opportunity of watching Kirk produce some of his albums,” said Jazzy Jordan, Executive Vice President/General Manager of Verity Gospel Music Group. “I am always amazed at the finished product. Kirk’s music gets better and better. He is masterful, and always delivers a project full of hit songs. Hello Fear is both timely and timeless. It’s an honor to work with him. He’s a brilliant producer and artist. His fans will love this album.”
On March 19, Franklin joins Steve Harvey at the Philips Arena Theater in Atlanta for the first stop on the “Steve Harvey and Kirk Franklin Gospel Comedy Tour” (see tour dates below). Harvey and Franklin have teamed up for the first time for this tour. “We know these are hard times for a lot of people out there, with the economy, family life, even church life…it’s just hard,” said Franklin. “We want people to leave the concert inspired, happy and charged — knowing that no matter what they are facing, hard times do not last forever and brighter days are indeed ahead.” In between promoting his new CD and his concert tour with Steve Harvey, Franklin will begin taping the fourth season of BET’s Sunday Best in early spring.

Franklin received an NAACP Image Award nomination for Outstanding Literary Work – Instructional for his New York Times bestseller, The Blueprint: A Plan for Living Above Life’s Storms (Gotham Books). Franklin was recently honored at the 26th Annual Stellar Awards with the Thomas A. Dorsey Most Notable Achievement Award for his humanitarian efforts on behalf of Artists United for Haiti. After the tragic earthquake in Port-au-Prince, Franklin produced an all-star gospel recording of “Are You Listening” in an effort to raise much needed funds for the people of Haiti. Artists United for Haiti included an ensemble of over 100 singers. “Are You Listening” was also nominated for Special Event CD of the Year at this year’s Stellar Awards. 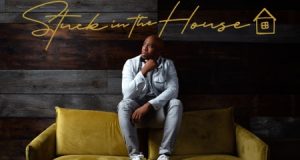 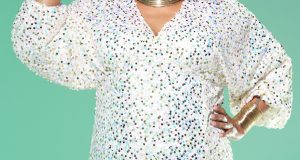 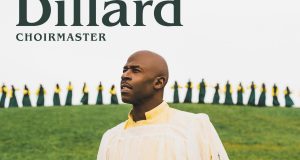