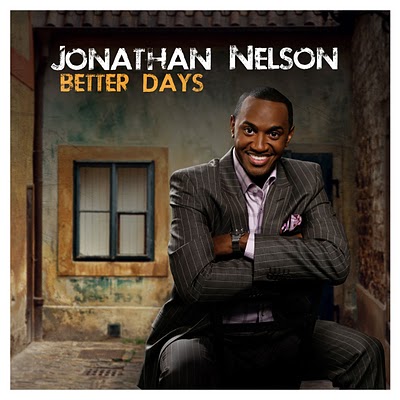 Multi-Stellar Award winner Jonathan Nelson is one of the brightest young faces in contemporary praise and worship music. Over the last few years, he’s put his stamp on urban praise music as the composer of now classic tunes such as Donald Lawrence’s “Healed,” Youth for Christ’s #1 smash “The Struggle Is Over,” and Bishop T.D. Jake’s “My Praise Is My Weapon.” Then, in 2008, Nelson stepped from the shadows, revealing himself to be a charismatic worship leader with his Top 10 smash “My Name Is Victory” which spent an astounding 65 weeks on the Billboard Hot Gospel Songs chart. That song and his debut album, Right Now Praise, earned Nelson three Stellar Awards, an astounding total of eight Stellar nominations and a coveted Dove Award nomination for Best New Artist of the Year.

Things in Nelson’s life have been moving at a feverish pace ever since. There’s a new position with a new church in a new state, a new music producer, and even a new self-awareness to accompany his newfound fame. This whirlwind of change and optimism led Nelson to name his sophomore CD, Better Days (Integrity Music). Recorded live at The Faith Center in Sunrise, FL (near Ft. Lauderdale), Nelson says that the ten-song CD offers a much-needed message of hope.

“The world needs to hear these proclamations,” says Nelson. “My Name is Victory was a great start but these messages can be digested by people around the world and sung back to God.”

A member of Nelson’s 18-member back-up group, Purpose, brought the CD title song to his attention. “When he brought it to me it just spoke to me about what the project is about,” Nelson says. “We are living in a time of recession, earthquakes and oil spills. People need to hear a message of encouragement that better days are here.”

Those better days have indeed arrived for Nelson. Last year, he accepted the position of music minister at The Faith Center, home to Bishop Henry Fernandez. Taking the job also meant moving away from his native Baltimore, MD. “It has been the smoothest transition in my life,” Nelson adds. “I have a great pastor who is very non-conventional in his approach to ministry. The focus is on worship, the Word, and faith.”

Nelson’s wife, Christina, and their two children, J. Andrew and Julianna, have adjusted to the relocation very well also. “They love it,” he says. “It’s a family-oriented environment. We have sunshine everyday. When it’s cold up north, nine times out of ten, its warm down south.” Nelson is interacting with a more ethnically diverse population since his move to the Sunshine State and it’s had an influence on his music. “I go to a church that is very diverse,” he says. “So this new music has a very global sound because the members come from everywhere.”

Nelson recruited Grammy Award-winning producer, Aaron Lindsey (known for his collaborations with Israel & New Breed, Martha Munizzi, and Marvin Sapp), to help him polish the universal rhythms showcased on Better Days. There’s a Caribbean lilt on “Cry Holy” and a funky bass line on “Praise Saved My Life.” In between there are old school church influences on “Another Way” and majestic echoes of worship on “I Am Your Song (God).” Guest artist Kierra Sheard rocks “Performance,” Nelson cheerleads on the R&B-flavored, “Expect The Great,” and the majestic “Smile” is a song that will be sung in churches around the world. “The underlining theme in this CD is faith,” Nelson offers. “These are faith declarations. Faith is the engine you use to speak things over your life. These are songs of faith, hope, and empowerment.”

As “Expect The Great,” the first radio single from Better Days, makes its way up the Billboard charts, Nelson is reflective on his place on today’s music scene. “I understand my responsibility as a worship leader all the more,” Nelson adds. “I have been given the assignment of writing lyrics that the people of God will sing over themselves and ultimately to God. If we sing to each other about his goodness, mercy, power, love and faith, we create an atmosphere for healing, miracles, signs and wonders. I’ve given my will completely to God! By faith, I now say yes to God. I sincerely believe this CD is going to be monumental because many listeners will also say yes to God in every area of life. Then, we all will truly experience better days!”