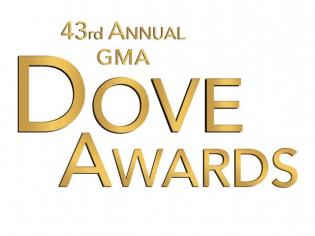 The GMA revealed today that the co-hosts for the legendary awards ceremony will be David Mann and Chonda Pierce.  David Mann is best known for creating the famous comic character Leroy S. Brown who stars in Tyler Perry’s popular Meet the Browns television series. Mann’s “Leroy S. Brown” has kept audiences across the nation laughing in the blockbuster Madea movies.

Daytime EMMY nominated comedian Chonda Pierce is known for her sharp Southern wit starred in her own live national television special This Ain’t Prettyville! on CMT (Country Music Television). Pierce is the author of six books, including her most recent Laughing In the Dark (Simon&Schuster /Howard) and she ranked among Pollstar’s top-selling live performers. Her comedy is regularly featured on XM and Sirius satellite radio.

The 43rd Annual GMA Dove Awards will take place on April 19 at the Fox Theatre in Atlanta.  The award show is produced by the Gospel Music Association (GMA) to offer the most comprehensive platform celebrating Christian and Gospel music.  The awards ceremony will be nationally televised on GMC TV on April 24 at 8:00PM ET.

“The GMA Dove Awards represent Gospel and Christian music’s biggest night of the year and there is no better place for the broadcast of this event than GMC TV, America’s home for the best in uplifting music and entertainment,” said Charles Humbard, President and CEO of GMC.  “We are proud to host this celebration at the Fox Theatre, one of America’s premiere venues here in our home town, Atlanta.”

The public is invited to purchase tickets to see and experience all of the performances and awards ceremony live at the Fox Theatre in Atlanta on April 19 at www.ticketmaster.com.  Last year, the popular event sold-out and was one of the hottest tickets in Atlanta.