Aretha Franklin was diagnosed last week with pancreatic cancer last week.  The news broke with speculation after the tabloid journal “The National Enquire” broke the news.  The diagnosis was later confirmed by Franklin’s family.

On Dec. 2, Franklin thanked well-wishers for their love and prayers as she recovered from surgery earlier in the day for a then-undisclosed ailment. A prayer vigil, organized by a city council member and one of Franklin’s aides, was held a day earlier in Detroit.

In a statement to Associated Press following the surgery, the intensely private 68-year-old singer said the procedure was “highly successful.”

“God is still in control. I had superb doctors and nurses whom were blessed by all the prayers of the city and the country,” Franklin said in the statement.

Franklin has always been reticent about her personal life, and this latest illness has been no exception.

Last month, it was announced that all of Franklin’s concert dates and personal appearances through May 2011 were being canceled, on orders from her doctors. But no details – or even credible speculation – had made its way into the public discourse about her health until Wednesday.

Pancreatic cancer is one of the most difficult forms to treat because the pancreas is deep inside the body, and the doctor cannot see or feel tumors during a routine physical exam, making it difficult to diagnose the disease until its latter stages.

“There are several kinds of pancreatic cancer,” said Otis W. Brawley, M.D., chief medical officer of the American Cancer Society. “Cancer in the tail of the pancreas is very different from cancer in the head of pancreas. The pancreas is not surrounded by a structure. With the kidneys or the liver or even the lungs, there are vital structures near it that have nerves in it, so with tumors in other organs, as they grow, you’ll feel pain. In the pancreas, the tumor can grow quite a bit before it can be detected.”

Some risk factors linked to pancreatic cancer include being male, smoking, obesity, lack of exercise and diabetes, pancreatitis and cirrhosis of the liver.

There are no blood tests or other tests that can quickly and easily find pancreatic cancer early in people without symptoms. The American Cancer Society is looking at a screening test that may help those with a high risk of pancreatic cancer, including those with a strong family history of the disease.

Cancer diagnosed in the lower pancreas is easier to treat than cancer in the head of pancreas and tends to lead to a better prognosis, Brawley said, but he has seen examples of patients who had the latter who have done well.

“You can’t rob anybody of hope,” he said.

And attitude cannot be underestimated as a factor in one’s recovery.

“It’s easy to give up, but stay positive, and live your life,” said Brenda Box, a broadcast journalist for National Public Radio who was diagnosed last December with pancreatic treatment and has been undergoing treatment at Johns Hopkins University Hospital in Baltimore.

Despite the diagnosis and challenging treatment regimen, Box graduated in May from the American University in Washington, D.C. with a degree in interactive journalism and keeps up with family events, including an Easter egg hunt at her Virginia home for her grandchildren and an upcoming holiday tree-trimming party this weekend.

Brawley said while there is no proof that diet, exercise and maintaining a routine make a difference, once pancreatic cancer has been diagnosed, “I generally think they tend to just make you feel better. I tell patients to try to maintain as normal a life as possible. There’s not a lot more that anyone can do physically.” 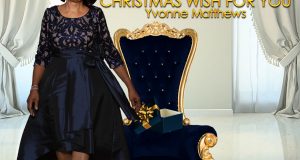