United Television, LLC of Ohio produced the Allstate Gospel Superfest on Friday and Saturday, February 4th & 5th with an explosive, celebration full of some very memorable moments.  Artists from all across the US gathered for the twelfth annual TV recording session for the Gospel Superfest Television brand.

The two-day recording session left nothing on the table, from Hollywood style production design, to a Broadway spectacular, the Allstate Gospel Superfest continues to raise the standard of excellence in broadcast television.  Superfest producers assembled its “A” list production team to transform the Murphy Fine Arts Center on the campus of Morgan State University into a Kodak Theatre look that resembled an American Idol finale session.  “It was amazing”, states one Baltimore attendee… “I have never seen anything like this in Baltimore”, she further states.  The producers tapped into the Morgan State drama and theatre departments to mentor students studying for fine arts degrees.  The Morgan State Praise Dancers were paired with Stellar Award Winner, Jonathan Nelson on the show’s opening number.  Several students were imbedded in the Superfest Staff to get a firsthand look at one of the nation’s top TV productions in urban gospel music.  “It is very important to our firm to sow into the lives of young students.  And in particular, HBCU students who may not normally get this type of opportunity, states, show executive producer and founder, Bobby Cartwright, Jr.

During the celebration, the Allstate Gospel Superfest gave its coveted Lifetime Achievement Award to music moguls Vicki-Mack and Claude Lataillade.  The Award was presented by Radio-One Personality Jeff Majors.  The show was taped for national syndication and cable, and the first special is currently airing nationwide through March 21, 2011.  Please check the station list below or local listings in your area for exact dates and times.

The Allstate Gospel Superfest is one of the nation’s largest TV recordings in the field of urban-targeted- inspirational music and entertainment.  Founded in 1998, the show has maintained a consistent presence in broadcast syndication for ten consecutive years since the year 2000.  Releasing five one-hour specials a year, The Allstate Gospel Superfest is carried by major TV network affiliated stations including ABC, CBS, NBC, FOX, CW, & MYTV.  In domestic syndication the series has reached an unprecedented US TV household coverage of 94% (Source Nielsen Media Research) The Allstate Gospel Superfest is known for its elaborate staging, trend setting production and Hollywood style approach to gospel music television. Gospel Superfest TV programming reaches millions of TV viewers annually via domestic syndication and cable.  The show is also carried on major Christian networks including The Trinity Broadcasting Network (the world’s largest) and GMC (formerly Gospel Music Channel) which can be viewed on multiple cable carriers and Direct TV and the ION TV network.

About the Allstate Corporation

The Allstate Corporation (NYSE: ALL) is the nation’s largest publicly held personal lines insurer. Widely known through the “You’re In Good Hands With Allstate®” slogan, Allstate is reinventing protection and retirement to help more than 17 million households insure what they have today and better prepare for tomorrow. Consumers access Allstate insurance products and services through Allstate agencies, independent agencies, and Allstate exclusive financial representatives in the U.S. and Canada, as well as via www.allstate.com and 1-800 Allstate®.

More information is available at www.gospelsuperfest.com. Also please feel free to send an email to unitedtv@msn.com for additional information. 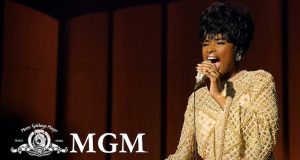 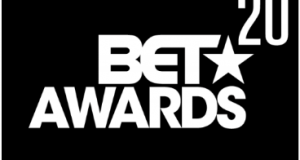 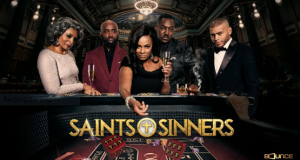