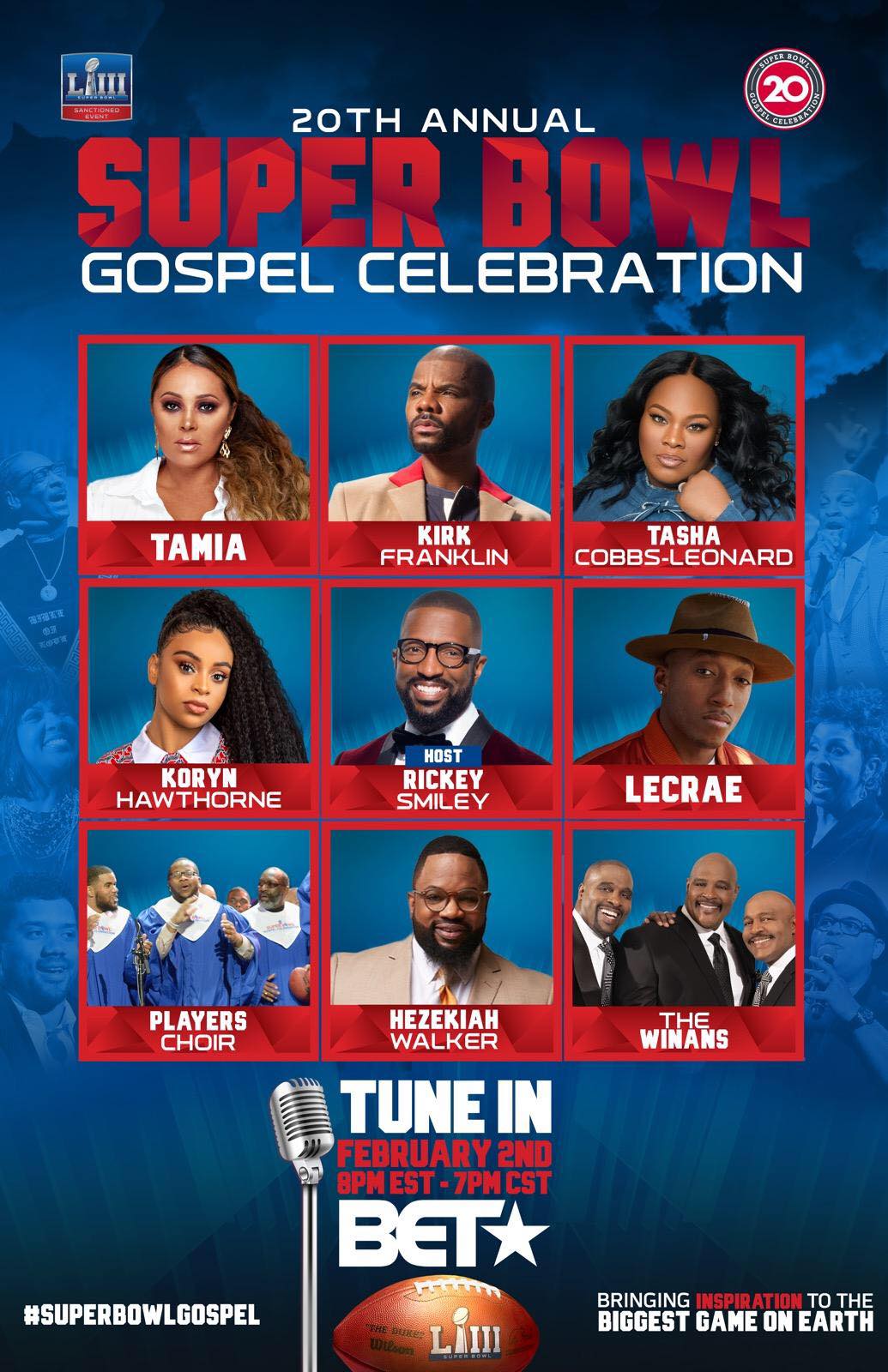 Returning to BET Networks for the sixth consecutive year on February 2, 2019, The 20th Annual Super Bowl Gospel Celebration will be hosted by National radio and TV personality Rickey Smiley.   The annual NFL-Sanctioned event will take place during Super Bowl LIII week, filming in front of a live audience on Thursday, January 31, 2019 at Atlanta Symphony Hall.

Originating at Super Bowl XXXIII in 1999, the annual event joins together key NFL Players, top Gospel/Contemporary Christian and mainstream GRAMMY® Award-winning artists and special guests all on one stage to bring audiences an evening of uplifting music and inspirational messages.

ABOUT THE SUPER BOWL GOSPEL CELEBRATION:

The Super Bowl Gospel Celebration was launched in Miami in 1999 during Super Bowl XXXIII weekend.  The event became the first, and remains the only Gospel concert sanctioned by the National Football League (NFL). The show has drawn crowds in the thousands and has demonstrated growth year-after-year, selling out venues in major Super Bowl host cities including Dallas, Tampa, Detroit, Jacksonville, Houston and Phoenix.