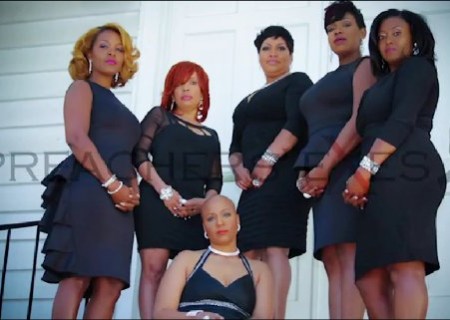 A group of women, who for whatever reason feel they need to share their story with the world, have joined together to create another reality show based on ‘the church’. The show, Preacher’s Exes, focuses on women who claim to be the voice of many across world that have been silenced due to religious tradition. Currently, the show has not been picked up by any major networks, as the pilot is still being shopped around.

Preacher’s Exes will feature executive producer Cheron K. Griffin with fellow preachers’ exes’ Lynn Littlejohn, Ysidra Kyles, Rochelle Mudd, Chinaza Duson and DiShan Winters. However, the names of the preachers they were married to are disclosed.

“America has been afraid to deal with the issues of the pastor and those who have been involved with the pastor,” reads the show’s description on Facebook.

The exes will tackle many issues they have faced while married to their husbands: infertility, miscarriages, cheating and a marriage to a gay preacher.  The pilot features typical reality TV confrontations while these women celebrate being free, battle their demons and ask God for forgiveness.

Check out the pilot for Preacher’s Exes below:

WILL YOU BE WATCHING? LET US KNOW YOUR THOUGHTS!