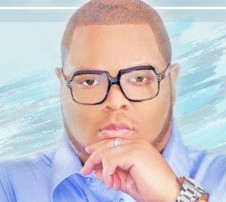 The urban contemporary gospel group Charles Butler & Trinity is savoring the sweet success of its debut CD “Better” (EPM Music Group) that has debuted at #16 on Billboard magazine’s Gospel Albums chart. The Washington, D.C. –based ensemble is also gaining ground at gospel radio where its new single “Amazing Worth” has entered the national Top Nielsen BDS Top 100 Gospel Airplay chart with an incredible 26% jump in airplay spins.

“I’m excited that `Amazing Worth’ is our second single,” Butler says. “It simply talks about all the things that make God Amazing. God’s love is unfailing and his hand is Unchanging. I want people to hear this song and reflect on God’s love and his Amazing love towards us.” The Black Gospel Blog recently spotlighted the song as its Pick of the Week with the observation that “while the song follows [Earnest] Pugh’s formula for delivering graceful P&W anthems, the passion of the singers is what sells it.”

The soaring ballad led by the warm tenor of Jeremiah Hicks (who’s also sung with the likes of Kirk Franklin and Byron Cage) is now rising on gospel radio airplay lists around the country.
James Ziegler, who shepherds the dynamic gospel group Another Level, wrote the song that was produced by bassist Morgan Turner (who’s collaborated with the likes of John P. Kee, Dorinda Clark Cole and Jonathan Nelson).  “The lyrical content is right on point and the lead vocalist, Jeremiah Hicks, is one of my favorite singers on planet earth,” says EPM Group founder Earnest Pugh. “Honestly, the entire CD is blazing so we are happy that fans are embracing this project.”

Butler formed Trinity in 1997 and they’ve been on a roll ever since. They’ve appeared on scores of concerts and appearances backing other artists. However, they got their first taste of national acclaim when they backed gospel star Earnest Pugh on his classic 2009 recording of “Rain on Us.” The song shot to #1 on Billboard’s Hot Gospel Songs chart and has been a radio staple ever since. Pugh has since had the group tour with him and signed them to EPM in 2012 and the rest is history.