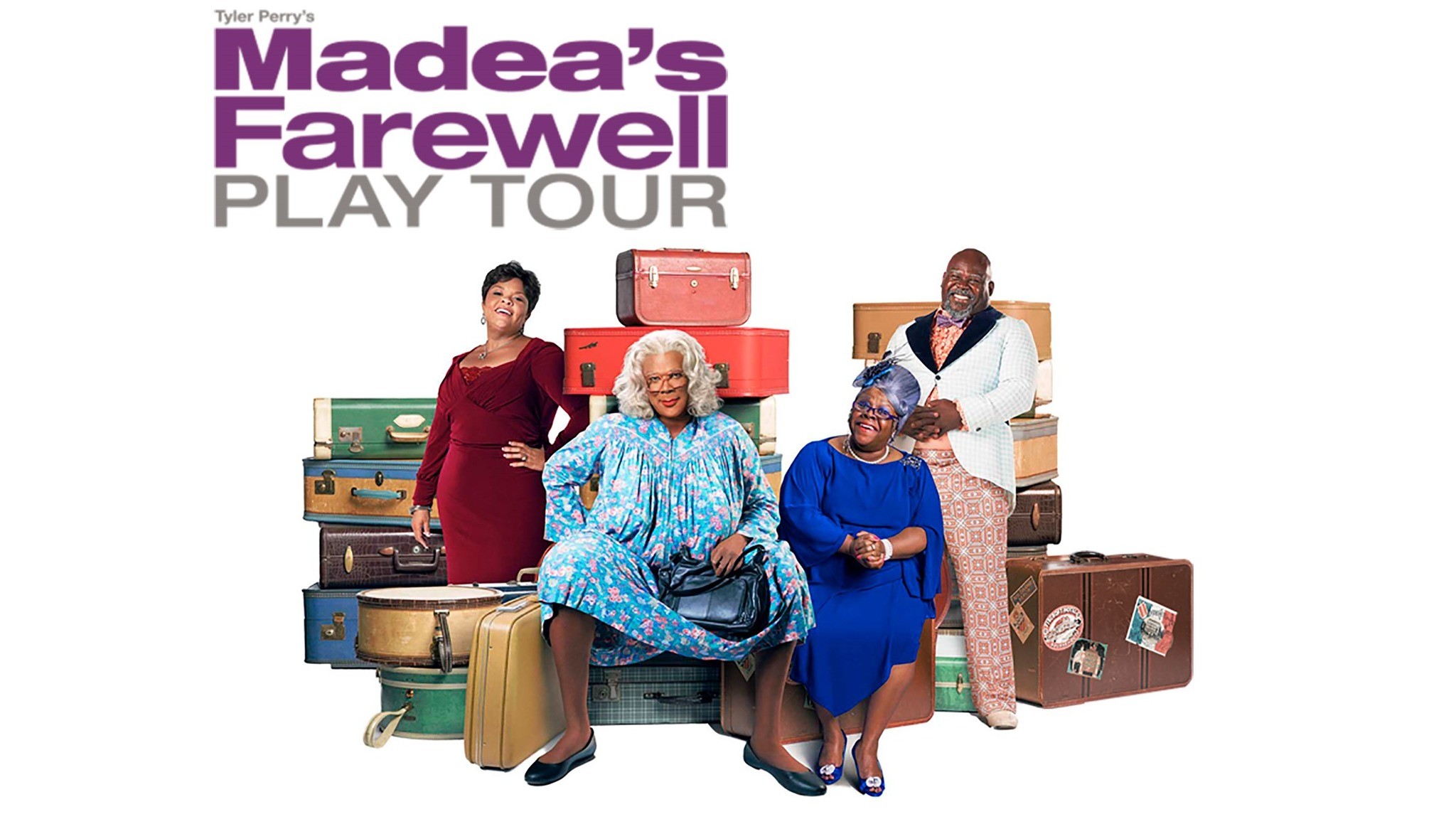 Just a few weeks ago, Tyler Perry announced that his character “Madea” was coming to an end. She was going to be coming to an end with the forth coming Movie A Madea’s Family Funeral along with the final stage play “Madea’s Farewell”. The tour kicks off in Oakland, CA on January 18th and will tour for approximately  4 months. However, knowing how tours go and the demand of the people, I am sure the tour could go on much longer.

Reuniting with Perry is Gospel’s and America’s Favorite Power Couple, David and Tamela Mann! Or should we say Mr. Brown and Cora! They have not been in a Tyler Perry stage play since 2008 with “What’s Done In The Dark”. After that play, their careers outside of the play would took off with a number of TV Shows, Movies and countless Hit songs!

Tickets for the Oakland, Phoenix, LA and Las Vegas are on Sale TODAY, November 16 at 3PM est.

Tickets can be purchased at Ticketmaster.com. Other cities/dates will be announced soon, be sure to stay connected to uGospel.com for updates!