The film agreement is effective immediately, with the partnership on Perry’s TV and short-form video content to go into effect in May 2019, following the expiration of Perry’s exclusive agreement with OWN: Oprah Winfrey Network. Viacom’s agreement will extend through 2024.

Bob Bakish, President and Chief Executive Officer of Viacom, said, “Today’s announcement represents an important step forward as Viacom continues to make swift progress against our new strategic plan. By prioritizing efforts to work with the best, most versatile talent in the entertainment industry, we are better positioned to deliver must-watch content across our brands and platforms. Tyler is a prolific creative force, and I’m excited that this collaboration will bring his signature humor and powerful storytelling to Viacom’s audiences while further cementing BET’s position as the leading home for bold, relevant African-American programming and scripted content.” 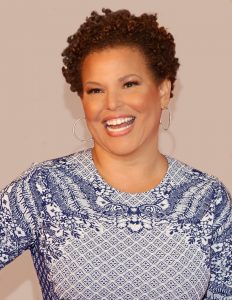 Debra L. Lee, Chairman and Chief Executive Officer of BET Networks, said, “I am delighted that we are deepening our longstanding relationship with Tyler. BET co-funded Tyler’s very first feature film, we’ve aired his movies and many of his series with great success on our networks, and we’ve honored his tremendous talent with our signature awards. This partnership will allow us to work even more closely with him and bring more of his iconic content to our viewers.”

“Viacom has a rich tradition of reaching my audience through their TV, film and digital platforms and I am excited to partner with them,” said Perry. “I am eager to have one home where I can leverage all of their assets to tell my stories to an even wider audience. I have been very blessed to have worked with the incredible people at Lionsgate and OWN over the last few years and I look forward to continuing my work with them on a non-exclusive basis.”

Perry is the creative mind behind seven television series and 16 feature films in addition to 20 plays and a best-selling book. His first television series, “Tyler Perry’s House of Payne” set then-ratings records for a basic cable sitcom when it debuted and was followed up by the highly successful “Meet the Browns.” Since then he has continued to launch a series of popular programs, including the sitcom “Love Thy Neighbor” and the drama “The Haves and The Have Nots.” His films include many box office hits, including his long-lasting “Madea” franchise.

Tyler Perry is an established American actor, director, screenwriter, producer, playwright, author and philanthropist. Tyler started his career writing plays, many of which later became the inspiration for his film projects and included the introduction of the iconic character, Madea. Tyler’s first feature film, Diary of a Mad Black Woman, debuted at number one nationwide in 2005. In the ten years since, the 16 films directed by Tyler have all been met with massive commercial success and grossed nearly $2 billion. He has also stepped on the other side of the camera for other directors including David Fincher for Gone Girl, Rob Cohen for Alex Cross, Dave Green for Teenage Mutant Ninja Turtles: Out of The Shadows, and helped release Academy Award-nominated Precious as Executive Producer. Tyler has also made an indelible mark in the television space. In 2007, he debuted the TBS series “House of Payne” which broke cable rating records, and later launched the equally successful “Meet the Browns” on the same network. In late 2012, Perry partnered with Oprah Winfrey to bring scripted programming to her cable network, OWN, creating “For Better or Worse,” “Love Thy Neighbor,” “If Loving You is Wrong” and “The Haves and The Have Nots,” which continues to break ratings. In addition to currently working on his television series, this Fall Tyler will be releasing a book, Higher is Waiting, and the feature film sequel to his box office hit Boo! A Madea Halloween. He will also be releasing two more films in 2018, entitled Madea Family Funeral and She’s Living My Life, starring Taraji P. Henson.