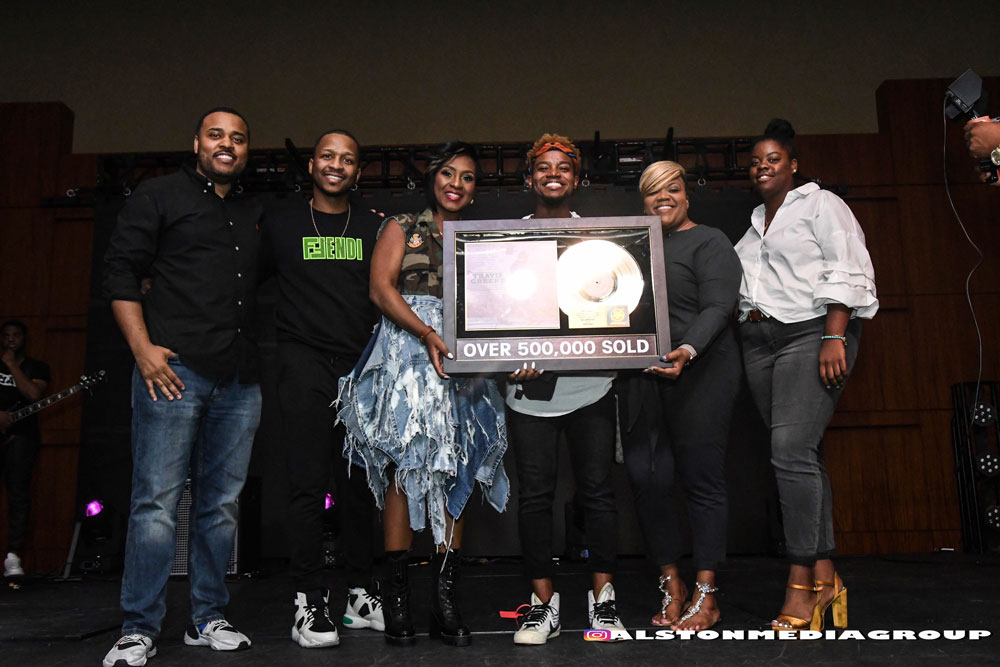 On August 23rd, three-time GRAMMY® nominated, multiple award-winning artist, songwriter, and producer, Travis Greene, was presented with a Gold Plaque from RCA Inspiration for his #1 smash hit single“Intentional”, which has been RIAA-Certified Gold® for a half-million in sales. The chart-topper was presented with this award during his annual Engage Culture Weekend, hosted from his home base of Columbia, SC. The weekend featured empowering live events with special guests including Kirk Franklin, DeVon Franklin, Heather Lindsey, Tasha Cobbs Leonard, Matt Kemp, and more.

Travis Greene says, “There have been few moments on this journey that have knocked me off of my feet. ‘Intentional’ going Gold is one of them. The idea that God can use a funny talking kid, from a single parent home, to make music that people connect to is Crazy! None of this happens without the creative genius Himself, my king and friend Jesus. Super grateful for my family and everyone who’s taken this journey with me. God has allowed ‘Intentional’ to take me all over the world, and we continue on sharing His story and love.”

In addition to hosting his annual event, Greene recently released a new single and video for “Won’t Let Go”, from his forthcoming album Broken Record. “Won’t Let Go” marks the first single of many to be released from the album which is slated for release this fall. Greene is nominated for a 2019 Dove Award for Gospel Artist of the Year, and he recently released a new set of live performances with a digital album SetList Vol. 1. Greene continues to build bridges by sharing the universal love of Christ.