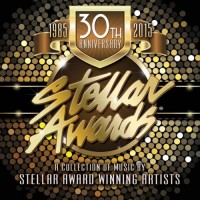 “These are just a few of the gospel songs and artists that have not only made an impact in gospel music but within the music industry at large, ” says April Chandler, President of Habakkuk Music. “It was extremely difficult to narrow the list down but we feel this is a great introduction to the music that’s been celebrated at the Stellar Gospel Music Awards from the contemporary sounds of Kirk Franklin to the old school sound of Shirley Caesar.”

The Stellar Gospel Music Awards show is Executive Produced by Don Jackson and Produced by Barbara Wilson for Central City Productions (CCP). Founded in 1970 by Don Jackson, the Chicago-based Central City Productions is a distributor of original targeted programming to television and cable networks. CCP’s award-winning television programs include The Stellar Gospel Music Awards, The Trumpet Awards, The Black College Quiz Show Series, Hispanic College Quiz, Our World with Black Enterprise and Women of Power, among others. For more information, please visit www.ccptv.com.