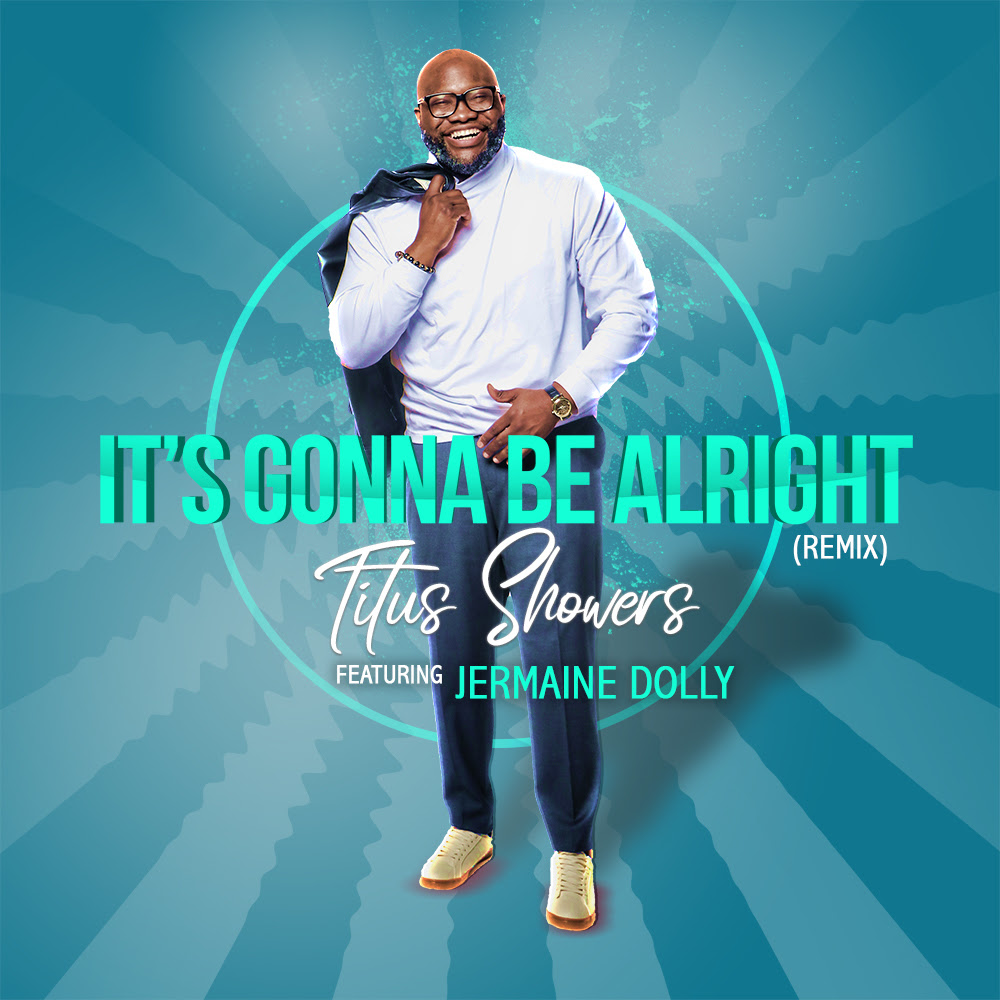 “It’s Gonna Be Alright” (remix) featuring Jermaine Dolly is the follow-up to the Gospel Airplay Top 30 and Billboard Top 10 digital song sales worship anthem “In His Name” – lifted from his debut solo EP WHO?, which debuted #1 on Billboard’s Top Gospel Albums chart, #1 on Nielsen Top Gospel Albums,#4 on Billboard Top Independent Albums, #18 on Billboard Emerging Artist chart, and #40 on Billboard all-genre Top Albums chart making it the highest gospel album sales debut by any gospel act and the highest gospel album sales and charting debut by a musical act at the time of its release.

Titus Showers first turned heads as the lead singer for the popular sibling gospel family band The Showers based out of Hammond, Louisiana and comprised of six sisters and four brothers. The Showers emerged in 2009 with Titus writing and appearing on the group’s Stellar Award-nominated albums The Showers Family Group (2015) and The Journey (2017) and appeared and performed on stages around the country including the Essence Music Festival, The New Orleans Jazz & Heritage Festival, BET’s Bobby Jones Gospel and The 700 Club before embarking on a solo career.

“It’s Gonna Be Alright” (remix) featuring Jermaine Dolly is set to release a digital track and concept music video premiere soon. WHO? is available now for download and streaming on all digital retailers .