Theatrical Release Of “Emanuel” Documentary Honors Emanuel A.M.E. Church Shooting Victims And Highlights The Power Of Forgiveness In The Wake Of Tragedy 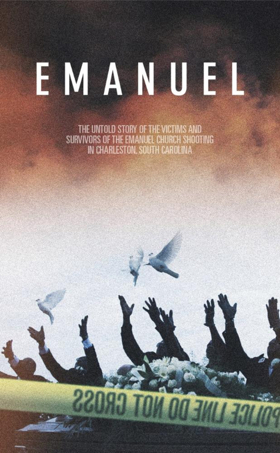 “We, along with the country, grieved each family’s loss,” expressed Executive Producers Viola Davis and Julius Tennon of JuVee Productions. “Yet, miraculously, from this devastation we witnessed tremendous benchmarks of humanity. The survivors found courage to love in the face of hate.”

The film was made in direct partnership with the City of Charleston and all ten families affected by the tragedy. The producers of EMANUEL will donate their profits from the film to the survivors of the shooting and the families of the victims.

JuVee Productions is an artist driven, Los Angeles-based production company that develops and produces independent film, television, theater, VR, and digital content across all spaces of narrative entertainment. JuVee Productions seeks to produce economical yet premium, sophisticated, and character-driven stories. With an emphasis on producing narratives from a diverse range of emerging and established voices alike, JuVee Productions aims to become the go-to creative hub where the next generation of filmmakers and artists have the space to craft dynamic stories spanning the broad spectrum of humanity.