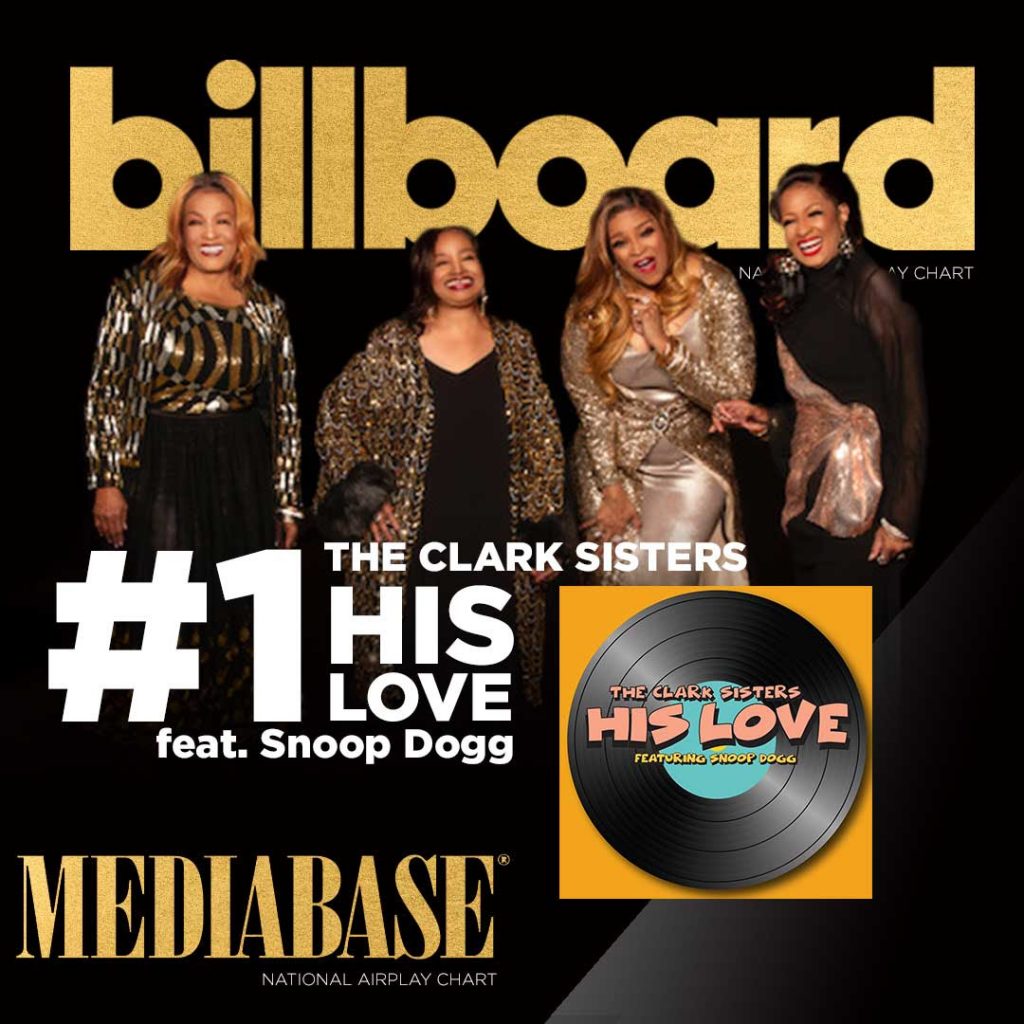 Three time Grammy Award-winning group, The Clark Sisters, have hit the top of the Billboard and Mediabase charts again with their most recent single, “His Love” that features hip hop icon, Snoop Dogg. This is the second single from their current album, The Return, to hit #1 (preceded by “Victory”) and the group’s overall third single to hit #1 (first being “Blessed and Highly Favored”). Produced by Karew Entertainment president, J. Drew Sheard II, the song “His Love” was a collaborative effort with writing credits to include Faith Evans, Kierra Sheard, Snoop Dogg, group members Karen Clark Sheard, Dorinda Clark Cole, Elbernita “Twinkie” Clark, and more. “His Love” is an up tempo song that shares the timely message that “His love lasts forever, even when you feel like giving up, joy comes in the morning…”

When asked about “His Love” reaching number one, Sheard II says, “Wow, it is truly an honor to know the fans and radio DJ’s are enjoying the music and the message of ‘His Love’.” He continues, “in a time where there’s so much division between many individuals, it’s important to know that ‘His love’ still covers all and is what the world needs most right now.” Radio Promotions Director of Karew Entertainment, Tracey Artis says, “‘The Iconic Clark Sisters’ have impacted gospel radio charts for decades.  Prior to having chart topping singles on BDS, their music soared on radio and records.  It has been my privilege and honor to work with these legends.”

The album, “The Return”, has received critical acclaim with winning the 2021 NAACP Image Award for “Outstanding Gospel/Christian Album”, and “Traditional Gospel Album of the Year” at the 2020 Gospel Music Association (GMA) Dove Awards. It also received nominations at 2020 The BET Awards, 2020 The Soul Train Awards, as well as 2020 NAACP Image Awards for the leading single, “Victory”.