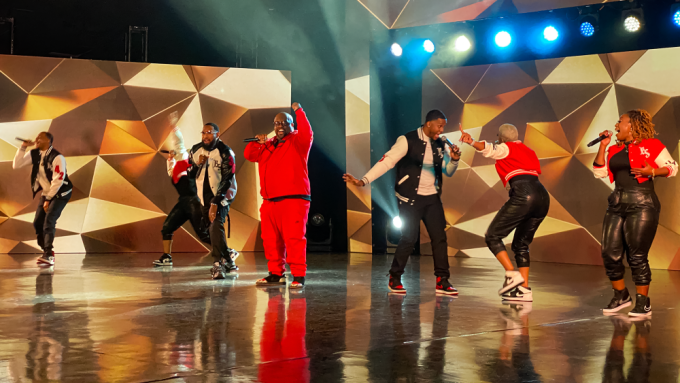 After years of airing on BET, the annual “Super Bowl Gospel Celebration” special will be available this year on streaming platforms Amazon and IMDB TV as well as broadcast channels Bounce and ION TV.

Now in its 23rd year, the special offers NFL players the opportunity to talk about their spiritual lives, in addition to featuring performances from gospel musicians and others. Because of the pandemic, the concert and related elements were pre-recorded in Dallas, Atlanta and Los Angeles. The special is set to debut on Feb. 12, the day before Super Bowl LVI in Los Angeles, at 8 p.m. ET/5 p.m. PT on Bounce TV, and will also be available for streaming free even without membership on Prime Video and IMDB TV.

“This 23-year journey with the Super Bowl Gospel Celebration is a testament to how faith can grow the seed of a dream into a reality far greater than any plan we might have set out to achieve,” said Melanie Few, founder and executive producer of the Super Bowl Gospel Celebration. “Despite every obstacle placed in our path, our faith in this vision has been rewarded with this anointed production that has touched the lives of so many.”

This year’s Super Bowl Gospel Celebration is hosted by Sarah Jakes Roberts and DC Young Fly. It is set to feature a wide array of award-winning musical performers, including Grammy Award winner CeCe Winans, who will perform a Gospel medley; CeeLo Green, who will perform a duet with Pastor Mike Jr.; Mali Music with singer-actress Chloe; and Regina Belle, who will close the show with a performance featuring the NFL Players Choir. Russell Wilson, Cam Jordan, Kirk Cousins, Stefon Diggs, Stefon Diggs and Matt Judon are among the NFL players slated to appear.

The special will include a tribute to Deion Sanders, two-time Super Bowl Champion and current head coach for Jackson State University’s football team, who will be presented with the Lifetime Inspiration Award. Sanders will be honored for his work in increasing the visibility of Historically Black College and Universities’ athletics, and will be one of four NFL players to ever receive the award. In addition, the Black Women’s Health Imperative, a national nonprofit dedicated to the health and wellness of Black girls and women, will present a special recognition for former Carolina Pathers player DeAngelo Williams for his donations to cancer screenings via his DeAngelo Williams Foundation nonprofit.

After its initial presentation, the Super Bowl Gospel Celebration will receive an encore performance on Ion Television on Sunday, Feb. 13 at 12 a.m. ET/9 p.m PT. The special will continue to be freely available on Prime Video and IMDB TV for the remainder of February, in recognition of Black History Month.