Home / News / Sony Pictures Set to Release New Film, “Risen”, Based on the Biblical Story of the Resurrection

Sony Pictures Set to Release New Film, “Risen”, Based on the Biblical Story of the Resurrection 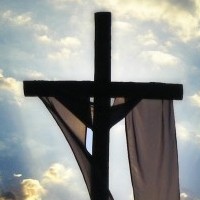 Sony Pictures Entertainment’s TriStar Pictures in association with AFFIRM Films announced that they have acquired worldwide rights from LD Entertainment on the film “Risen” (formerly titled “Clavius”) and will release the film in association with LD Entertainment.  Starring Joseph Fiennes (Shakespeare in Love), Tom Felton (Harry Potter), Peter Firth (“Spooks”) and Cliff Curtis (Live Free or Die Hard), and directed by Kevin Reynolds (Robin Hood: Prince of Thieves), the action drama will be released in theaters nationwide on Friday, January 22, 2016.

“Risen” is the epic Biblical story of the Resurrection and the weeks that followed, as seen through the eyes of an unbelieving Clavius (Joseph Fiennes), a high-ranking Roman Military Tribune. Clavius and his aide Lucius (Tom Felton) are instructed by Pontius Pilate to ensure Jesus’ radical followers don’t steal his body and claim resurrection. When the body goes missing within days, Clavius sets out on a mission to locate the missing body in order to disprove the rumors of a risen Messiah and prevent an uprising in Jerusalem.

“Risen” is produced by Mickey Liddell (The Grey), Patrick Aiello (As Above, So Below), and Pete Shilaimon (In Secret), and executive produced by Robert Huberman and Scott Holroyd.