Songwriter Darius Paulk Responds to Lawsuit Over “Nobody Greater” 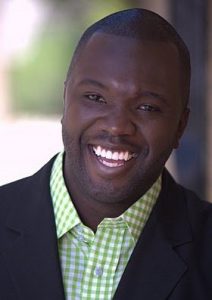 Atlanta, GA-based songwriter Darius Paulk, 27, is enjoying the biggest success of his young career with the song, “Nobody Greater.” Recorded by EMI Gospel recording artist, Vashawn Mitchell, the song hit the #1 spot on Billboard magazine’s Hot Gospel Songs chart last fall and has remained in the Top 10 for a solid year and become one of gospel music’s most popular songs ever. It’s also appeared on Sony Music subsidiary Verity Music Group’s best-selling CD, “WOW Gospel 2011.”

A Pittsburgh man, Travis Malloy, has now filed a lawsuit against Paulk and named EMI Christian Music Group and Sony Music Holdings, Inc. as co-defendants, claiming that he co-authored the song with Paulk. In his lawsuit, Malloy argues that he has not received writing credit nor royalties from radio airplay or music sales for the song. Paulk, who is aware that an action has been filed but has not actually seen it, adamantly denies that Malloy has any claim to authorship.

“I wrote Nobody Greater during a very traumatic period in my life in 2008,” Paulk says. “It’s my testimony. I was laid-off because of downsizing at my job. I had just gotten a car and a new place. Also, my grandfather had been diagnosed with cancer. The message of the song reflects my personal struggles and victories. Travis Malloy did not contribute to the creation of this song. I wrote the lyrics and melody by myself in the privacy of my home. His claim is baseless and I am confident in the fact that justice will soon prevail. Truth always comes to light and the truth that this entire song was created by me will be revealed in due time.”