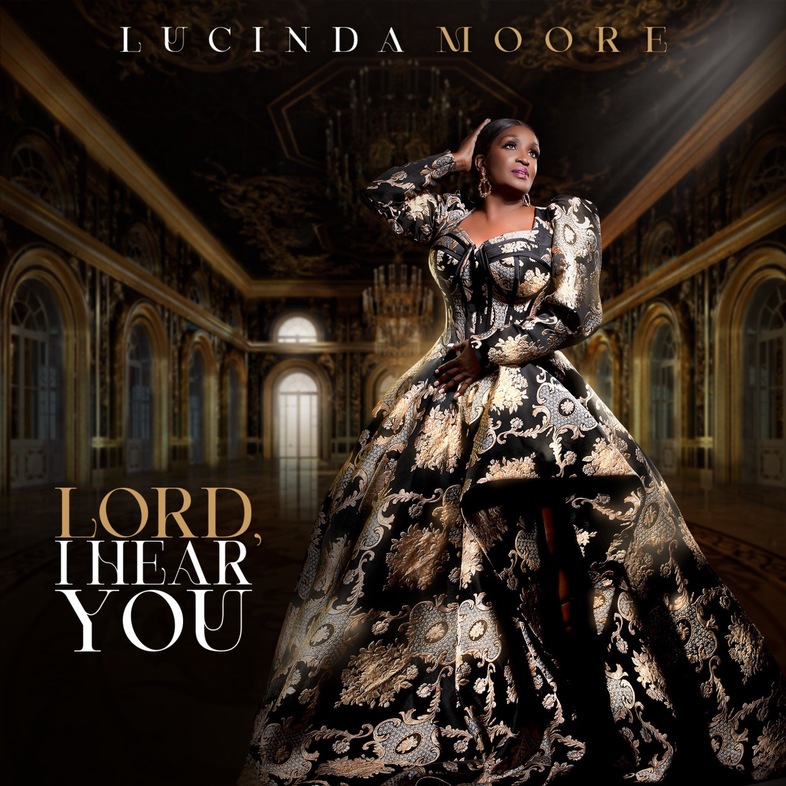 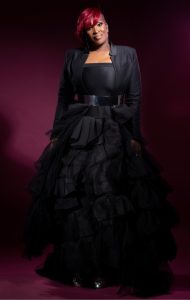 Songstress Lucinda Moore is a Stellar Award-winning artist who has established herself as one of the most consistent singers who delivers power in her praise.  Her voice has been featured with the Gospel Music Workshop of America Women of Worship (“Surrender My All”), Hezekiah Walker (“When We Get Over There”), and Joe Pace and Colorado Mass Choir (“God Can Do Anything”). As one of the leading ladies in Gospel music, Lucinda’s vocal prowess is undeniable, and the career she has developed over the years is respected worldwide.

Her newest single, “Lord, I Hear You,” debuted in the Top 30 on iTunes Top 200 Christian/Gospel Digital Songs chart.  Her soulful single has climbed to the #1 spot on the BDS Gospel Indicator Radio Chart this week. 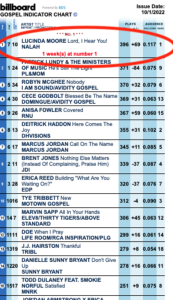 “I am blown away. God always keeps his promises,” says Lucinda Moore.  “I am excited about reaching #1 on the Billboard chart. Thank you to God, all the radio program directors, my radio promoter Damon Stewart and my entire team for making this happen for me!”

With her catalog of works that includes her debut album UNLIMITED PRAISE (2004), LUCINDA MOORE (2006), and her award-winning album BLESSED, BROKEN & GIVEN (2010), Moore is prepping for a long-awaited 2023 EP release.  “Lord, I Hear You” is the first glimpse of her new body of work that will be produced by Thompson, Moore, Trey Moore (Lucinda’s son), and Grammy®, Dove and Stellar Award-winning hit-maker Kevin Bond (Kirk Franklin, Donnie McClurkin, Bishop T.D. Jakes, Yolanda Adams, Daryl Coley, Kurt Carr).

“Lord, I Hear You” is available now on all digital music outlets.  You can follow and connect with Lucinda at LucindaMoore.com.